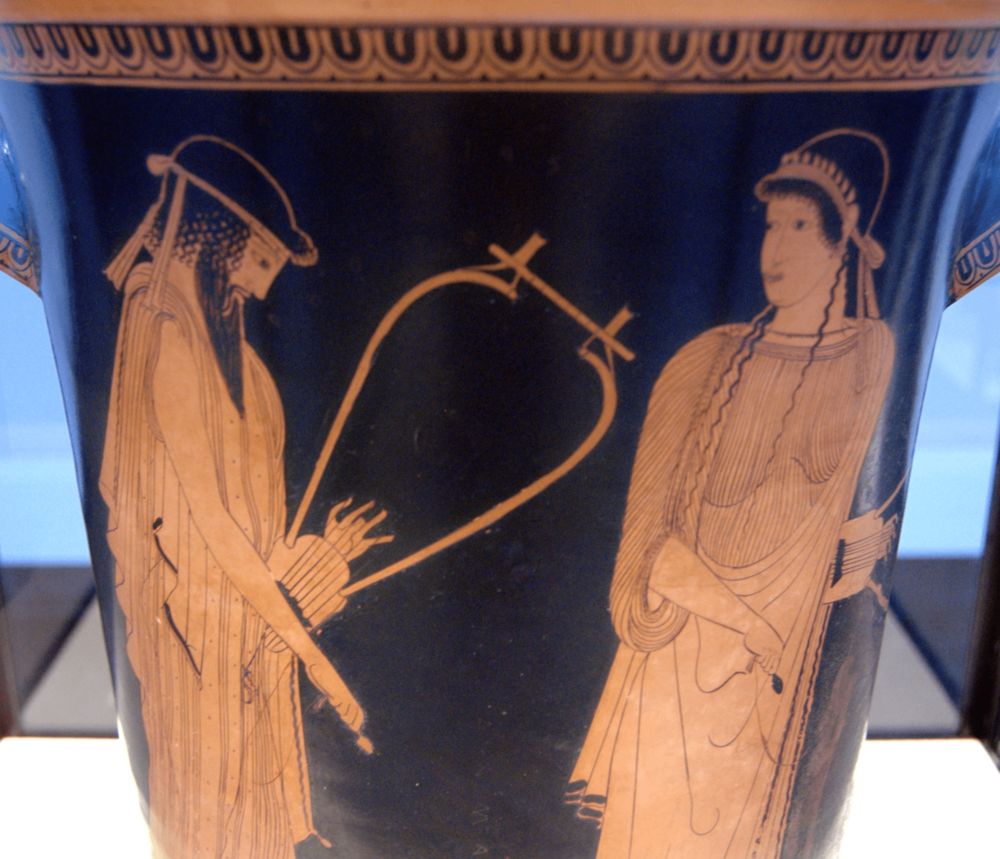 Alcaeus of Mytilene (ælˈsiːəs; Alkaios ho Mutilēnaios; – 6th century BC) was a lyric poet from the Greek island of Lesbos who is credited with inventing the Alcaic stanza. He was included in the canonical list of nine lyric poets by the scholars of Hellenistic Alexandria. He was an older contemporary and an alleged lover of Sappho, with whom he may have exchanged poems. He was born into the aristocratic governing class of Mytilene, the main city of Lesbos, where he was involved in political disputes and feuds.