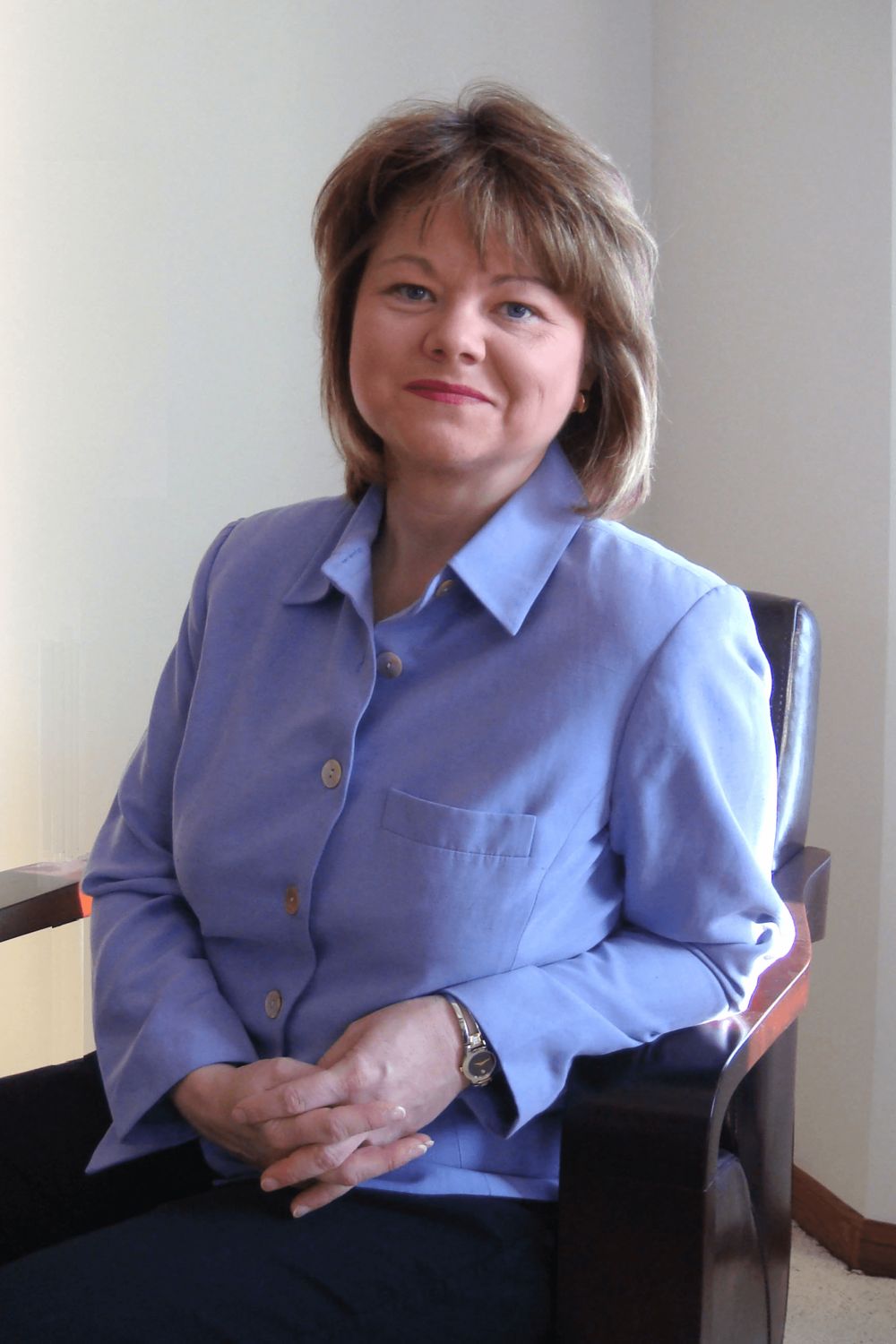 Alex Kava (born Sharon M. Kava on June 7, 1960 in Silver Creek, Nebraska) is an American author of psychological suspense novels.
Growing up in the country outside of Silver Creek, Nebraska, Sharon Kava fantasized about becoming a writer. Her parents, although they understood the value of education, had a tremendous work ethic. Reading was seen as frivolous unless required as schoolwork. As a teenager, Kava wrote short stories on the backs of calendars, sharing them only with her younger brother and hiding them in a shoe box under her bed.
Kava earned an art scholarship to attend college. To pay living expenses, she worked in a nearby hospital’s central supply department collecting and sterilizing all of the basins, instruments, and equipment from surgery, pathology, and the morgue. In 1982 she graduated magna cum laude from College of Saint Mary in Omaha, Nebraska, with a B.A. in art and English.
After graduating, Kava held a variety of jobs, mostly in advertising and marketing. Starting her own graphic design firm, Square One, she designed food packages and logos for national corporations, wrote brochures and newsletters, created a line of greeting cards, and directed TV and radio commercials. In 1992 she returned to her alma mater as its director of public relations.
Kava quit her public relations position in the summer of 1996, wanting to dedicate more time to writing fiction and getting published. To pay the bills, she resurrected Square One, refinanced her home, maxed out her credit cards, and even took on a newspaper delivery route. Her first novel was published in 2000. At that time, she chose to use the first name "Alex" professionally in order to disguise her gender, though she now includes photos and other identifying information on book jackets and in publicity materials.
Alex Kava is a member of International Thriller Writers and the Nebraska Writers Guild. Her books have sold over 6 million copies worldwide. She is published in 34 countries and has made the bestsellers lists in the United States, Poland, Australia, Germany, the United Kingdom, and Italy.