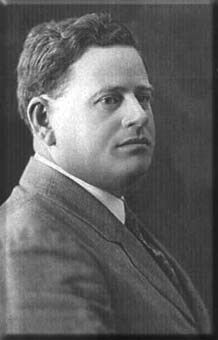 Alexander Aaronsohn (אלכסנדר אהרנסון; Romania, 1888–Palestine, 1948) was an author and activist who wrote about the plight of people living in Palestine (now Israel) in his book, With the Turks in Palestine.
Aaronsohn was part of the influential Aaronsohn family who were major figures in the Zionist movement; his brother was Aaron Aaronsohn and his sister was Sarah Aaronsohn the three of whom were founder members of the Jewish spy network NILI. Sarah Aaronsohn was caught by the Turks, brutally tortured and committed suicide in her cell in 1917, aged 26.