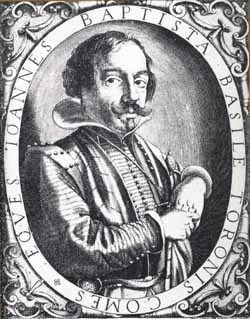 Alexander Montgomerie (c. 1550?–1598), Scottish Jacobean courtier and poet, or makar, born in Ayrshire. He was one of the principal members of the Castalian Band, a circle of poets in the court of James VI in the 1580s which included the king himself. Montgomerie was for a time in favour as one of the king's "favourites". He was a Catholic in a largely Protestant court and his involvement in political controversy led to his expulsion as an outlaw in the mid-1590s.
Montgomerie's poetry, much of which examines themes of love, includes autobiographical sonnets and foreshadows the later metaphysical poets in England. He is sometimes, by tradition, given the epithet "Captain".