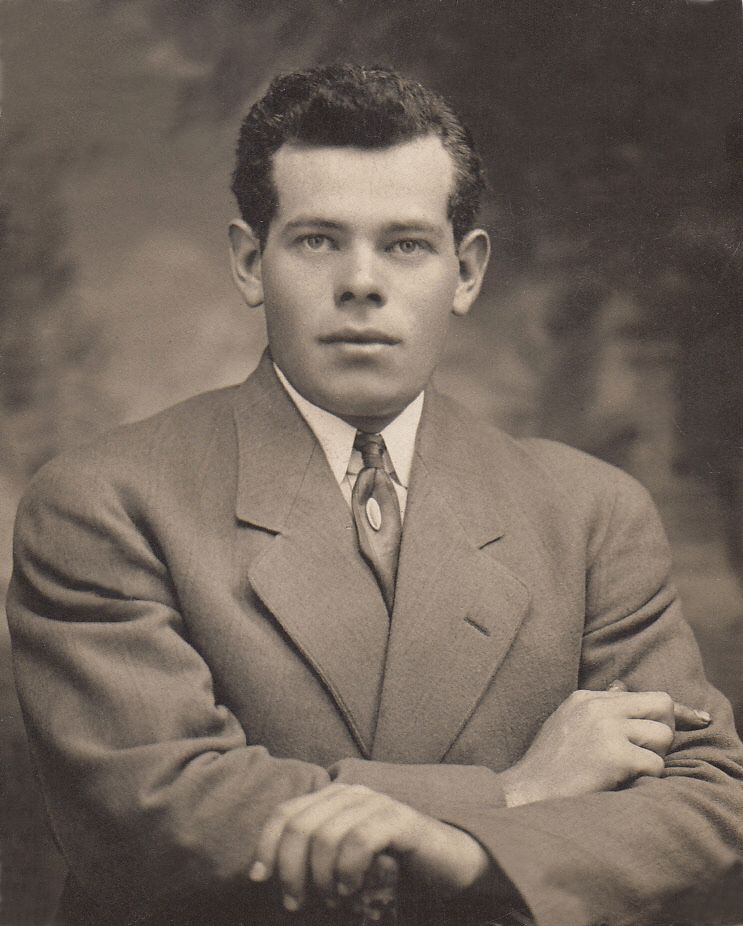 Alter Esselin, (originally Orkeh Serebrenik) was a Russian-born American poet who wrote in the Yiddish language. He was born in Chernigov, in the Chernigov Governorate of the Russian Empire (present-day Ukraine) on April 23, 1889 and died in Milwaukee, Wisconsin on November 22, 1974. In fifty years of his life, he wrote and had published several hundred poems in such publications as Di goldene keyt, Di veg, Kundus, The Zukunft or Di Tsukunft (The Future) and many others.
His work is discussed in Sol Liptzin's A History of Yiddish Literature and is included in Nachman Mayzel’s America in Yiddishen Vort.
Three books of his poetry were published. The first was Knoytn (Candlewicks) in 1927; The second, Unter der last (Under the Yoke), in 1936, and the third, Lider fun a mdbarnik (Songs of a Hermit) in 1954 for which The Jewish Book Council gave him The Harry Kovner Award as the best collection of Yiddish poetry of the year, in 1955.
Esselin’s long poem "Proletarier" was published in the July 12, 1924 issue of the left wing newspaper Morgen Freiheit and in the January 19, 1925 issue the editor, Moissaye Joseph Olgin, announced that Esselin’s poem had been awarded the first place prize in the Freiheit’s international competition.
Esselin received other recognition. In 1954 the distinguished Yiddish critic, O. Rapaport, wrote an article about Esselin in the journal Di Tsukunft, entitled "dos vort is lebedik (the Word is Alive)" in which he praised Esselin’s unique poetic voice, a bittersweet voice that Rapaport says emerged from his effort to overcome suffering.
In October, 1969, Esselin appeared on "The People of the Book," a weekly television program devoted to Jewish culture on WTMJ, Milwaukee. Please see the sidebar for audio excerpts from the program, with Esselin reading both Yiddish and English versions of his poem "Elegy for a Tree". Also included is a reading of his poem, "Consolation Comes Late" and an audio excerpt of Esselin recalling his life as a poet.