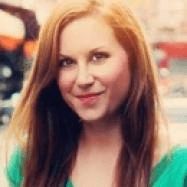 Anna Wickham was the pseudonym of Edith Alice Mary Harper (1883–1947), an English/Australian poet who was a pioneer of modernist poetry, and one of the most important female poets writing during the first half of the twentieth century. She was friend to other important writers of the time, such as DH Lawrence, George Bernard Shaw, Katherine Mansfield and Dylan Thomas. She lived a transnational, unconventional life, moving between Australia, England and France. She is remembered as a modernist figure and feminist writer, although one who did not command sustained critical attention in her lifetime, although her poetry did earn her a major reputation at the time of writing and had been frequently anthologised. Her literary reputation has improved since her death and she is now regarded as an important early 20th-century woman writer.