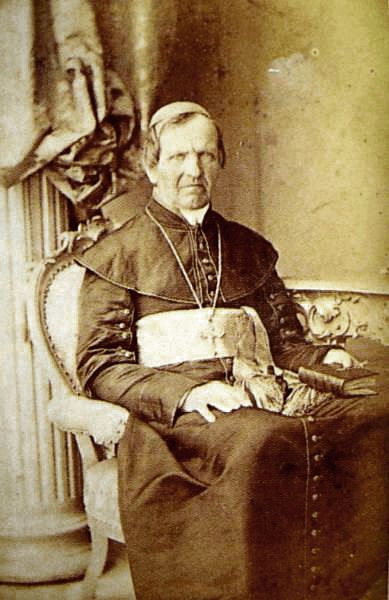 Blessed Anton Martin Slomšek (26 November 1800 – 24 September 1862) was a Slovene Roman Catholic prelate who served as the Bishop of Lavant from 1846 until his death. He served also as an author and poet as well as a staunch advocate of the nation's culture. He served in various parishes as a simple priest prior to his becoming a bishop in which his patriotic activism increased to a higher degree since he advocated writing and the need for education. He penned textbooks for schools including those that he himself opened and he was a vocal supporter of ecumenism and led efforts to achieve greater dialogue with other faiths with an emphasis on the Eastern Orthodox Church.
His beatification had its origins in the 1930s, when petitions were lodged for a formal cause to commence; this all culminated on 19 September 1999, when Pope John Paul II presided over the late bishop's beatification in Maribor.