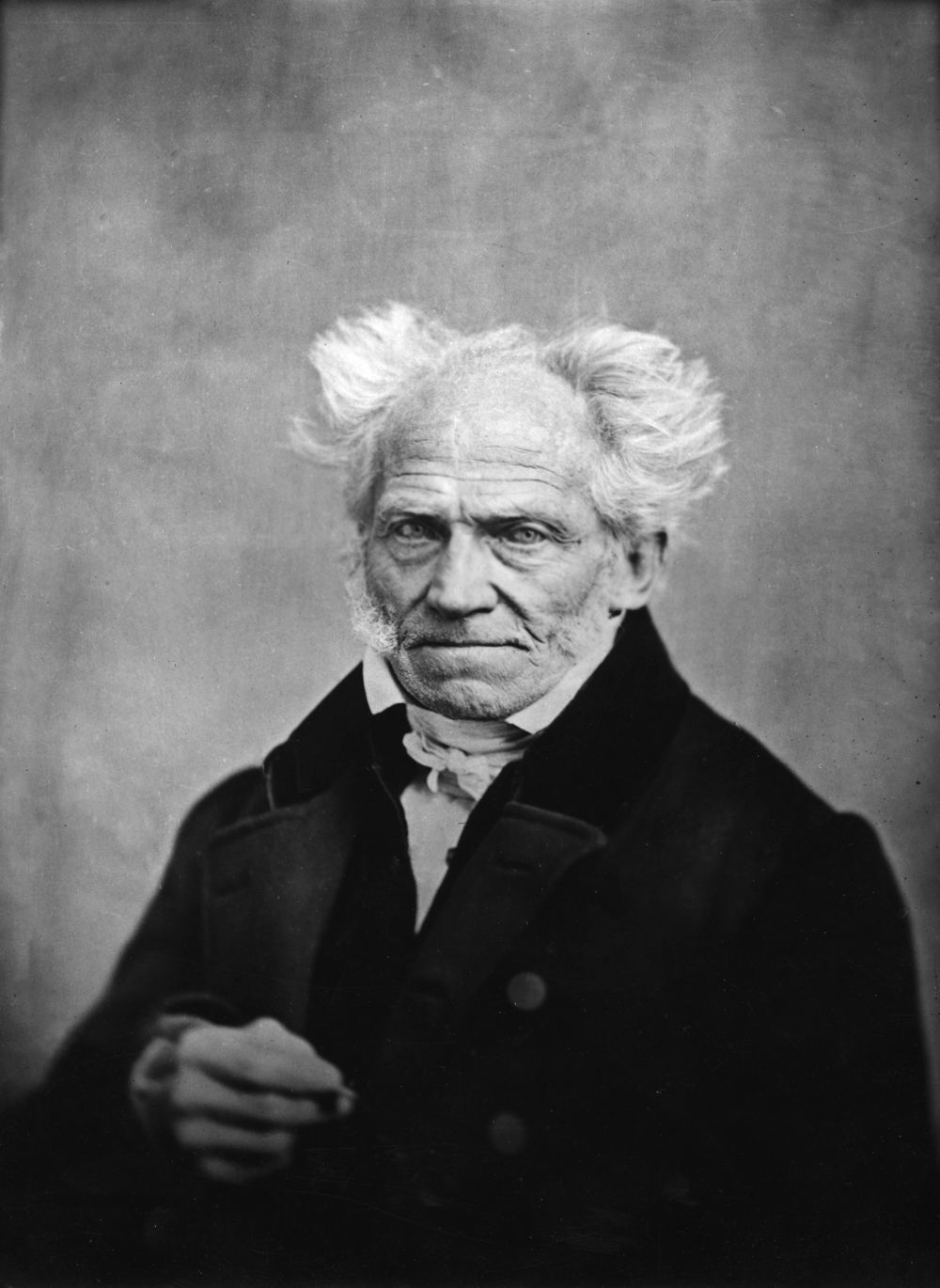 the sculpture Arthur Schopenhauer (sculpture)
Arthur Schopenhauer (ˈʃoʊpənhaʊ.ər SHOH-pən how-ər; ˈaɐ̯tʊɐ̯ ˈʃoːpm̩ˌhaʊ̯ɐ; 22 February 1788 – 21 September 1860) was a German philosopher. He is best known for his 1818 work The World as Will and Representation (expanded in 1844), wherein he characterizes the phenomenal world as the product of a blind and insatiable metaphysical will. Proceeding from the transcendental idealism of Immanuel Kant, Schopenhauer developed an atheistic metaphysical and ethical system that has been described as an exemplary manifestation of philosophical pessimism, rejecting the contemporaneous post-Kantian philosophies of German idealism. Schopenhauer was among the first thinkers in Western philosophy to share and affirm significant tenets of Eastern philosophy (e.g., asceticism, the world-as-appearance), having initially arrived at similar conclusions as the result of his own philosophical work.
Though his work failed to garner substantial attention during his life, Schopenhauer has had a posthumous impact across various disciplines, including philosophy, literature, and science. His writing on aesthetics, morality, and psychology influenced thinkers and artists throughout the 19th and 20th centuries. Those who cited his influence include Friedrich Nietzsche, Richard Wagner, Leo Tolstoy, Ludwig Wittgenstein, Erwin Schrödinger, Otto Rank, Gustav Mahler, Joseph Campbell, Albert Einstein, Carl Jung, Thomas Mann, Émile Zola, George Bernard Shaw, Jorge Luis Borges and Samuel Beckett.