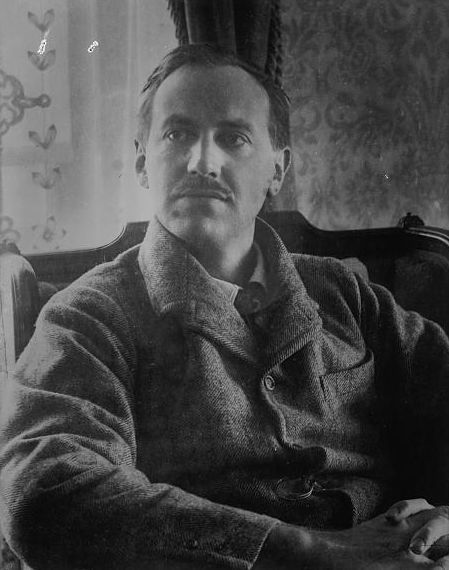 Edward John Moreton Drax Plunkett, 18th Baron of Dunsany (dʌnˈseɪni; 24 July 1878 – 25 October 1957), was an Anglo-Irish writer and dramatist; his work, mostly in the fantasy genre, was published under the name Lord Dunsany. More than ninety books of his work were published in his lifetime,29 (I.A.92) and both original work and compilations have continued to appear. Dunsany's œuvre includes many hundreds of published short stories, as well as plays, novels and essays. He achieved great fame and success with his early short stories and plays, and during the 1910s was considered one of the greatest living writers of the English-speaking world; he is today best known for his 1924 fantasy novel The King of Elfland's Daughter.
Born and raised in London, to the second-oldest title (created 1439) in the Irish peerage, Dunsany lived much of his life at what may be Ireland's longest-inhabited house, Dunsany Castle near Tara, worked with W. B. Yeats and Lady Gregory, received an honorary doctorate from Trinity College, Dublin, was chess and pistol-shooting champion of Ireland, and travelled and hunted extensively. He died in Dublin after an attack of appendicitis.