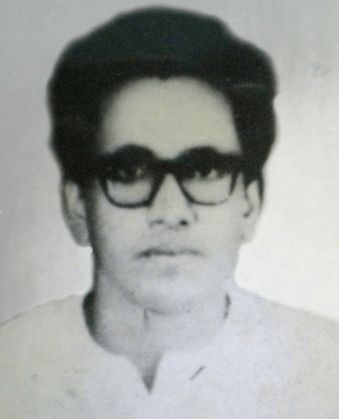 Prof Bhabananda Deka (19 August 1929 – 4 December 2006) has been acknowledged as the pioneer Assam economist and author, who conducted path-breaking research for the very first time on the economy of the far eastern part of India. He was also a leading Indian-Assamese litterateur of the famed 'Awahon-Ramdhenu Era' of Assamese literature during the mid-20th century. He was the author of a total of 115 English and Assamese books including textbooks on a range of fifteen subjects including economics, ancient Assamese literature, philosophy, education, religion, mythology, archaeology, tribal study, poetry, drama, memoirs, civics, political science, biographies; he also edited books and journals. He also authored a variety of research papers and articles about the state of Assam, a state in the north-eastern part of India. He pioneered the writing of books on Economics in Assamese. His Assamese book Axomor Arthaneeti was the first ever research-based comprehensive book on Assam Economics, which was published for the first time in 1963. Until this book on Assam Economics was published, there was hardly any comprehensive research-based material available on this crucial topic. Because of his monumental social and intellectual contributions to Assam, he had been conferred with the honorary title of 'Asom Ratna' -- 'Jewel of Assam' by the intellectuals of Assam on 19 August 2007 at a public meet held under the presidency of Prof. (Dr) Satyendra Narayan Goswami.