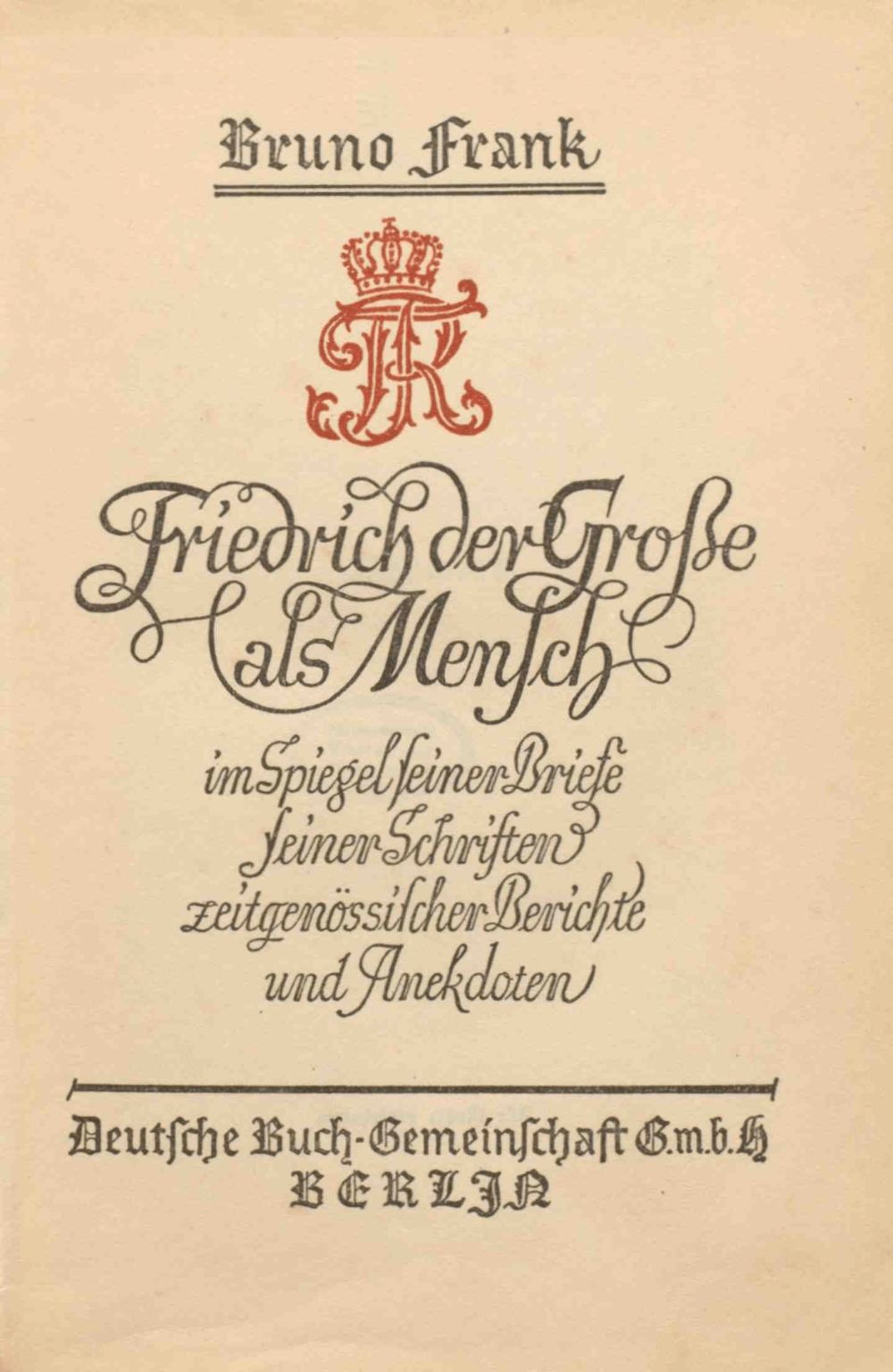 Bruno Frank (Stuttgart, June 13, 1887 - Beverly Hills, June 20, 1945) was a German author, poet, dramatist, and humanist.
Frank studied law and philosophy in Munich, where he later worked as a dramatist and novelist until the Reichstag fire in 1933. Persecuted by the government because of his Jewish heritage, he left Nazi Germany with his wife, Liesl, daughter of famed operetta diva Fritzi Massary. They lived for four years in Austria and England, then in 1937 finally went to the United States, where he was reunited with his friends Heinrich Mann and Thomas Mann. Frank is considered part of the group of anti-nazi writers whose works constitute German Exilliteratur. He continued to write, producing two novels, and worked in the film industry for the rest of his life.
Frank wrote the screenplay for the popular movie version of The Hunchback of Notre Dame (1939 film), directed by William Dieterle and starring Charles Laughton, based on the novel by Victor Hugo. Frank's play, Sturm im Wasserglas, was posthumously made into a movie directed by Josef von Báky in 1960.
His nephew Anthony M. Frank became United States Postmaster General in 1988.
On his death in 1945 of a heart attack, Bruno Frank was interred in the Forest Lawn Memorial Park Cemetery in Glendale, California.