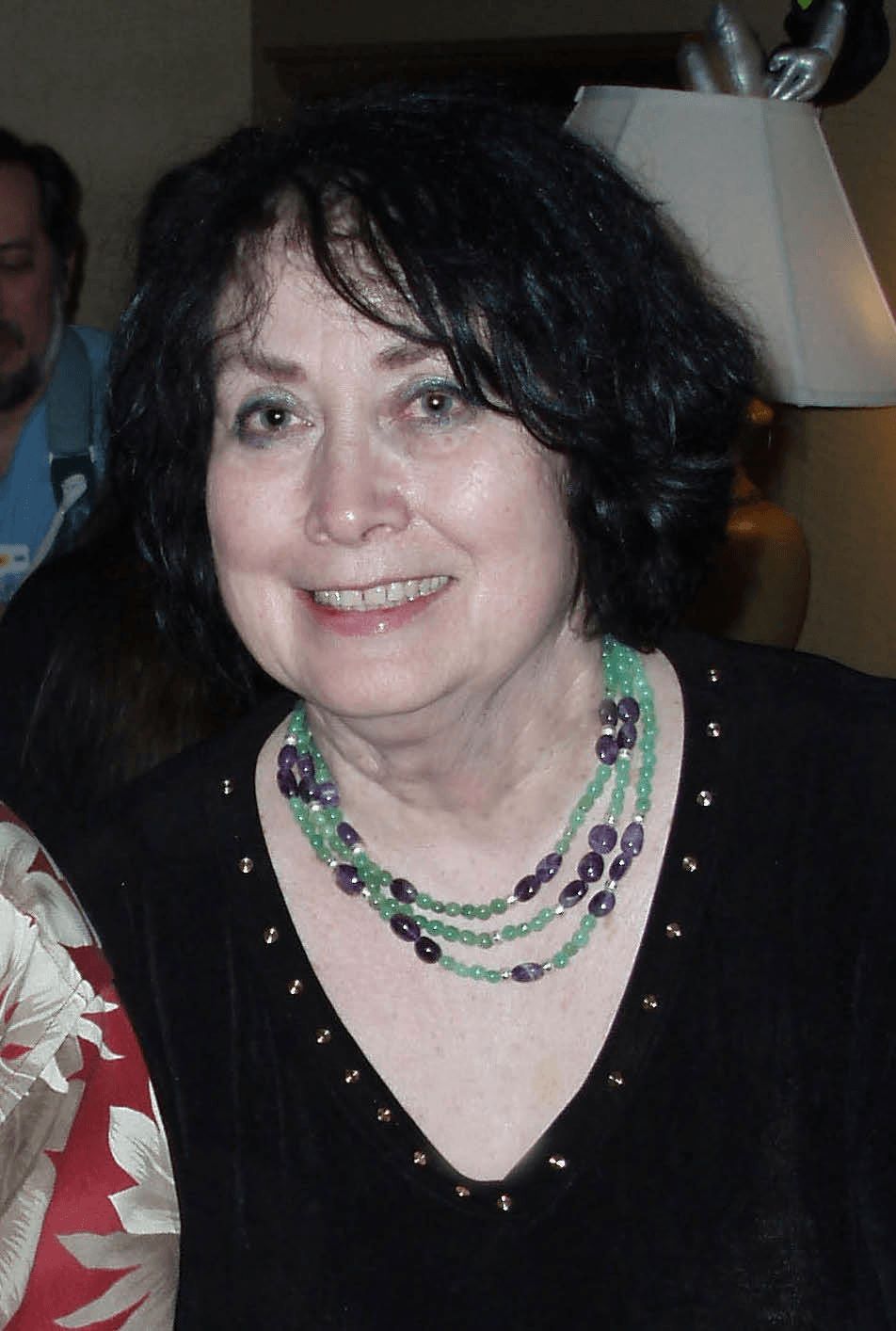 Carolyn Janice Cherry (born September 1, 1942), better known by the pen name C. J. Cherryh, is an American writer of speculative fiction. She has written more than 80 books since the mid-1970s, including the Hugo Award-winning novels Downbelow Station (1981) and Cyteen (1988), both set in her Alliance-Union universe. She is known for "world building," depicting fictional realms with great realism supported by vast research in history, language, psychology, and archeology. Her series of fantasy novels set in the Alliance-Union universe, the Morgaine Stories, have sold in excess of 3 million copies.
Cherryh (pronounced "Cherry") appended a silent "h" to her real name because her first editor, Donald A. Wollheim, felt that "Cherry" sounded too much like a romance writer. Her initials, C.J., were used to disguise the fact that she was female at a time when almost all science fiction authors were male.
The author has an asteroid, 77185 Cherryh, named after her. Referring to this honor, the asteroid's discoverers wrote of Cherryh: "She has challenged us to be worthy of the stars by imagining how mankind might grow to live among them." Cherryh was the Guest of Honor at FenCon IX in Dallas/Fort Worth on September 21–23, 2012.