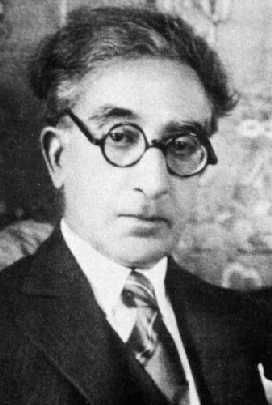 Constantine Peter Cavafy (kəˈvɑːfɪ; also known as Konstantin or Konstantinos Petrou Kavafis; Κωνσταντίνος Π. Καβάφης; April 29 (April 17, OS), 1863 – April 29, 1933) was an Egyptian Greek poet, journalist and civil servant. His consciously individual style earned him a place among the most important figures not only in Greek poetry, but in Western poetry as well.
Cavafy wrote 154 poems, while dozens more remained incomplete or in sketch form. During his lifetime, he consistently refused to formally publish his work and preferred to share it through local newspapers and magazines, or even print it out himself and give it away to anyone interested. His most important poems were written after his fortieth birthday, and officially published two years after his death.