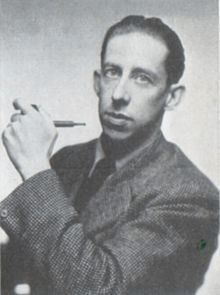 Cecil Louis Troughton Smith (27 August 1899 – 2 April 1966), known by his pen name Cecil Scott "C. S." Forester, was an English novelist known for writing tales of naval warfare such as the 12-book Horatio Hornblower series, depicting a Royal Navy officer during the Napoleonic wars. Two of the Hornblower books, A Ship of the Line and Flying Colours, were jointly awarded the James Tait Black Memorial Prize for fiction in 1938. His other works include The African Queen (1935; filmed in 1951 by John Huston).