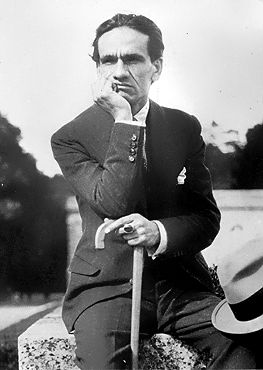 the football club Club Deportivo Universidad César Vallejo the volleyball club CV Universidad César Vallejo the university Cesar Vallejo University spanish name:Vallejo Mendoza
César Abraham Vallejo Mendoza (March 16, 1892 – April 15, 1938) was a Peruvian poet, writer, playwright, and journalist. Although he published only three books of poetry during his lifetime, he is considered one of the great poetic innovators of the 20th century in any language. He was always a step ahead of literary currents, and each of his books was distinct from the others, and, in its own sense, revolutionary. Thomas Merton called him "the greatest universal poet since Dante". The late British poet, critic and biographer Martin Seymour-Smith, a leading authority on world literature, called Vallejo "the greatest twentieth-century poet in any language." He was a member of the intellectual community called North Group formed in the Peruvian north coastal city of Trujillo.
Clayton Eshleman and José Rubia Barcia's translation of The Complete Posthumous Poetry of César Vallejo won the National Book Award for translation in 1979.