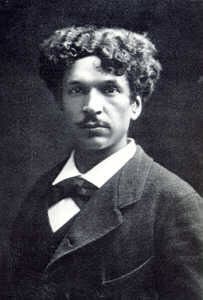 Charles Cros or Émile-Hortensius-Charles Cros (October 1, 1842 – August 9, 1888) was a French poet and inventor. He was born in Fabrezan, Aude, France, 35 km to the East of Carcassonne.
Cros was a well-regarded poet and humorous writer. As an inventor, he was interested in the fields of transmitting graphics by telegraph and making photographs in color, but he is perhaps best known for being the first person to conceive a method for reproducing recorded sound, an invention he named the Paleophone.
Charles Cros died in Paris at the age of 45.