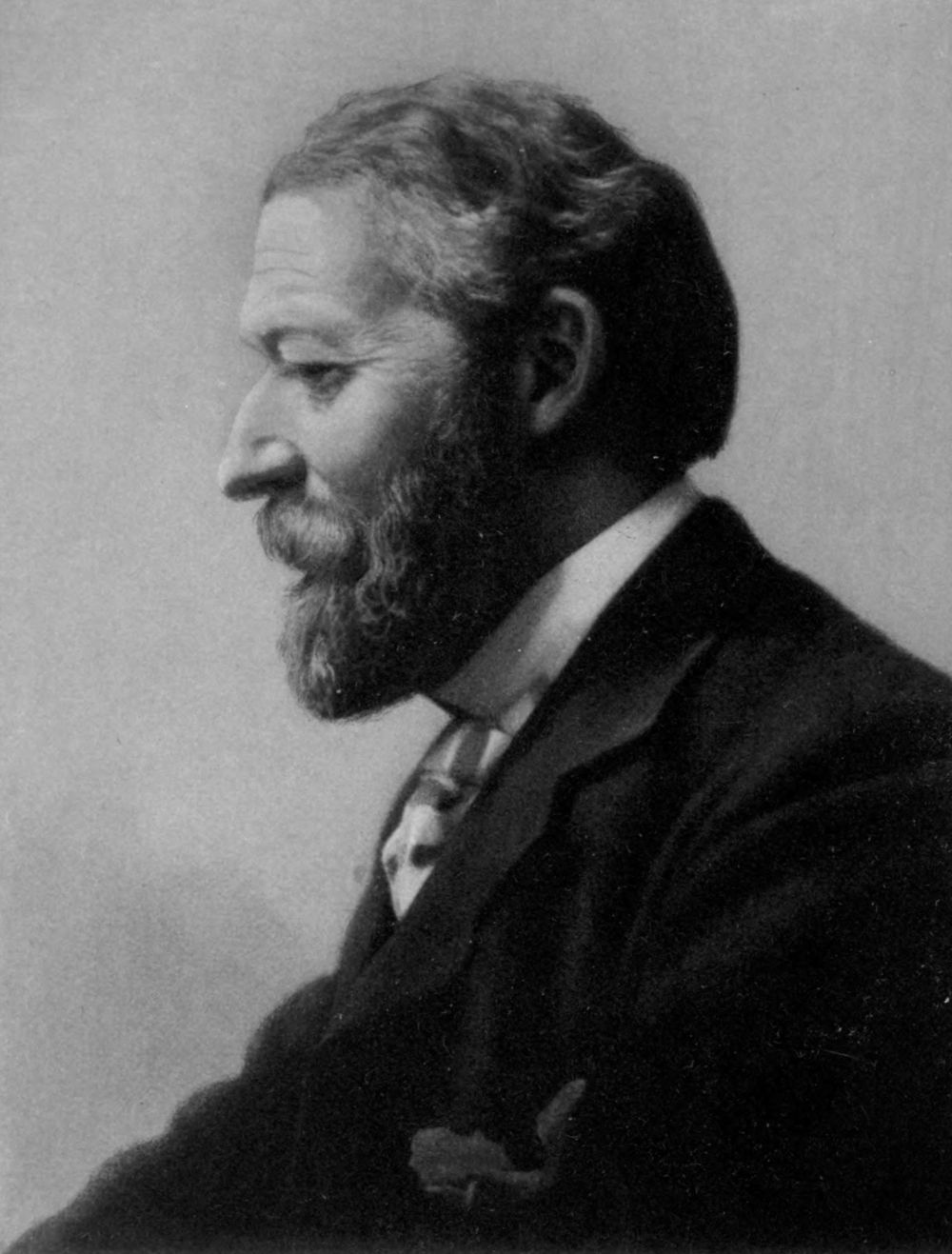 Charles Montagu Doughty (19 August 1843 – 20 January 1926) was an English poet, writer, explorer, adventurer and traveller born in Theberton Hall near Saxmundham, Suffolk and educated at private schools in Laleham and Elstree, and at a school for the Royal Navy, Portsmouth. He was a student at King's College London, eventually graduating from Gonville and Caius College, Cambridge in 1864.
He was the father of Freda and Dorothy Doughty.
He is best known for his 1888 travel book Travels in Arabia Deserta, a work in two volumes that, although it had little immediate influence upon its publication, slowly became a kind of touchstone of ambitious travel writing, one valued as much for its language as for its content. T. E. Lawrence rediscovered the book and caused it to be republished in the 1920s, contributing an admiring introduction of his own. Since then, the book has gone in and out of print.
The book is a vast recounting of Doughty's treks through the Arabian deserts, and his discoveries there. It is written in an extravagant and mannered style, largely based on the King James Bible but constantly surprising with verbal turns and odd inventiveness.
Among authors who have praised the book are the British novelist Henry Green, whose essay on Doughty, "Apologia," is reprinted in his collection Surviving. Green's novels arguably show some direct stylistic influence of Doughty's book, as noted by John Updike in his introduction to the collection of Green's novels Loving; Living; Party Going.
Doughty's epic poem The Dawn in Britain, originally published 1906 in six volumes, provides a preparatory basis and ideal for Laura (Riding) Jackson and Schuyler B. Jackson's project of establishing an access to what they argue is an inherent meaning of words in their Rational Meaning: a New Foundation for the Definition of Words and Supplementary Essays.
The Jacksons hail Doughty's work as being exemplary of this access to meaning through the linguistic understanding he demonstrates in his diction, in the care he takes with his choice of words, which prefers pre-Shakespearean English for reasons "fundamentally linguistic, rather than literary." Whole sections of the Jacksons' book examine Doughty's linguistic care and thinking.
He was awarded the 1912 Royal Geographical Society's Founder's Gold Medal for his travels and writings.
Doughty was cremated at Golders Green Crematorium on 25 January 1926 and his ashes placed in Bay 1 of the Cloisters (tablet 2610).