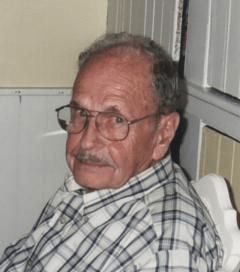 Charles Sheffield (25 June 1935 – 2 November 2002) was an English-born mathematician, physicist and science fiction writer who served as a President of the Science Fiction and Fantasy Writers of America and of the American Astronautical Society.
His novel The Web Between the Worlds, featuring the construction of a space elevator, was published almost simultaneously with Arthur C. Clarke's novel on the subject, The Fountains of Paradise, a coincidence that amused them both. Excerpts from both Sheffield's The Web Between the Worlds and Clarke's The Fountains of Paradise have appeared recently in a space elevator anthology Towering Yarns.
Sheffield served as Chief Scientist of Earth Satellite Corporation, a company that processed remote sensing satellite data. The association gave rise to many technical papers and two popular non-fiction books, Earthwatch and Man on Earth, both collections of false-colour and enhanced images of Earth from space.
He won the Nebula and Hugo awards for his novelette "Georgia on My Mind" and the 1992 John W. Campbell Memorial Award for Best Science Fiction Novel for his novel Brother to Dragons.
Sheffield was Toastmaster at BucConeer, the 1998 World Science Fiction Convention in Baltimore.
Before he died, he was writing a column for the Baen Books web site; his last column concerned the discovery of the brain tumour that led to his death.