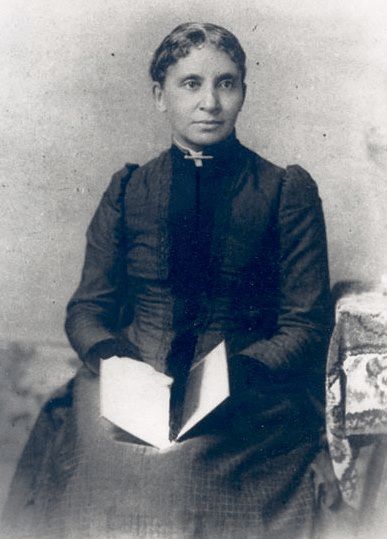 Charlotte Louise Bridges Forten Grimké (August 17, 1837 – July 23, 1914) was an African-American anti-slavery activist, poet, and educator. She grew up in a prominent abolitionist family in Philadelphia. She taught school for years, including during the Civil War, to freedmen in South Carolina. Later in life she married Francis James Grimké, a Presbyterian minister who led a major church in Washington, DC, for decades. He was a nephew of the abolitionist Grimké sisters and active in civil rights.
Her diaries written before the end of the Civil War have been published in numerous editions in the 20th century and are significant as a rare record of the life of a free black woman in the North in the antebellum years.