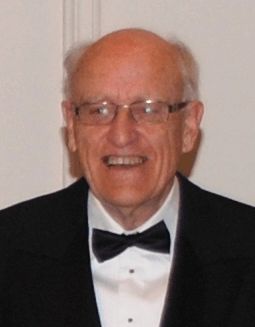 Christian Karlson "Karl" Stead ONZ CBE (born 17 October 1932) is a New Zealand writer whose works include novels, poetry, short stories, and literary criticism.
One of Karl Stead's novels, Smith's Dream, provided the basis for the film Sleeping Dogs, starring Sam Neill; this became the first New Zealand film released in the United States. Mansfield: A Novel was a finalist for the 2005 Tasmania Pacific Fiction Prize and received commendation in the 2005 Commonwealth Writers Prize for the South East Asia and South Pacific region. He won the 2010 Sunday Times EFG Private Bank Short Story Award for 'Last Season’s Man'.
C. K. Stead was born in Auckland. For much of his career he was Professor of English at the University of Auckland, retiring in 1986 to write full-time. He received a CBE in 1985 and was admitted into the highest honour New Zealand can bestow, the Order of New Zealand in 2007. In August 2015, he was named the New Zealand Poet Laureate for 2015 to 2017.
To celebrate the conclusion of CK Stead's term as Poet Laureate, the Alexander Turnbull Library published a signed, limited edition book of his work called In the mirror, and dancing. The little volume of poems was hand-pressed by Brendan O'Brien and illustrated with line sketches by New Zealand expatriate artist Douglas MacDiarmid. The book was launched on 8 August 2017 in Wellington, with the assistance of Gregory O'Brien. On 25 August 2017, Pasifika poet-scholar Dr Selina Tusitala Marsh was named the New Zealand Poet Laureate for 2017-2019.