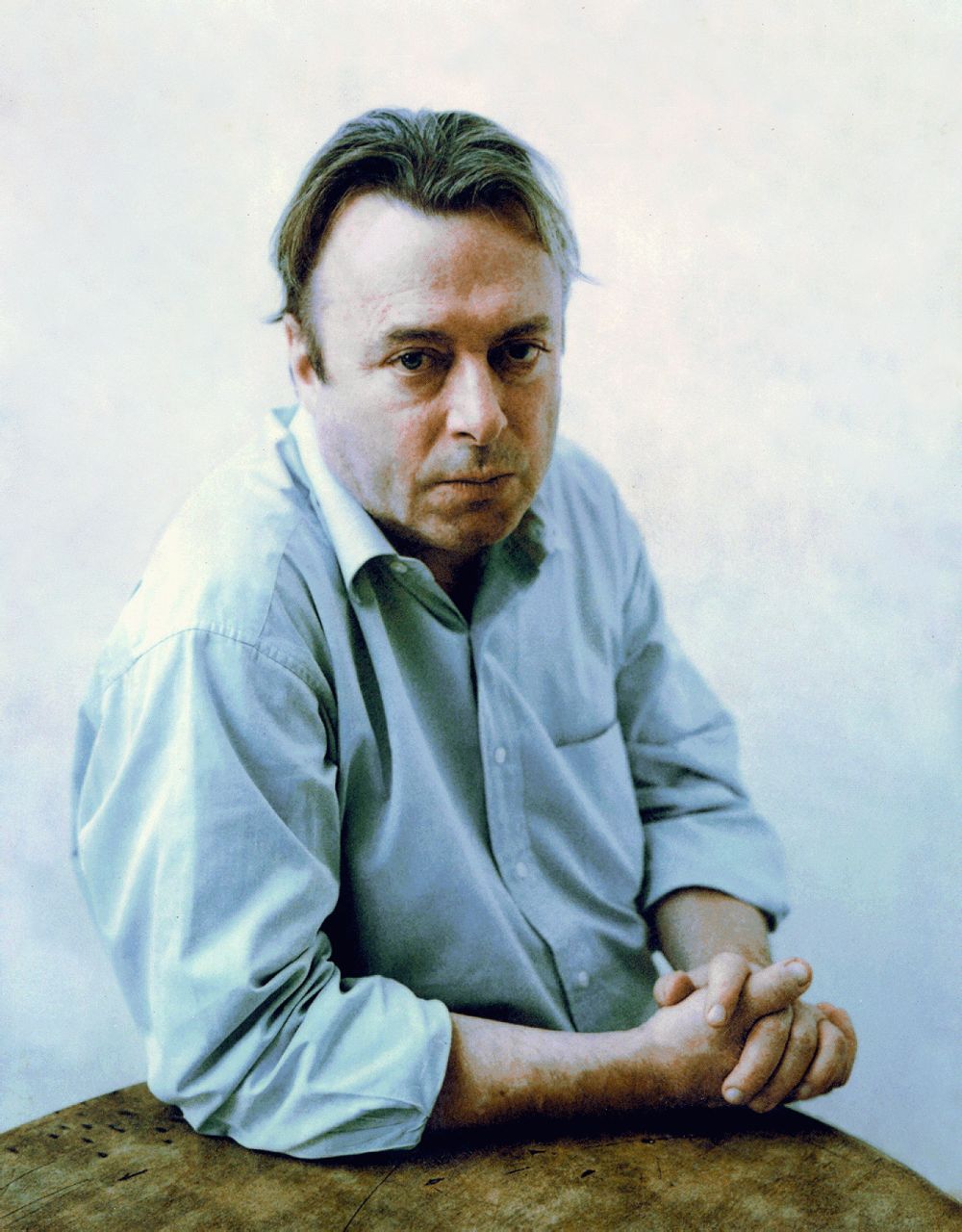 Christopher Eric Hitchens (13 April 1949 – 15 December 2011) was a British-American author, columnist, essayist, orator, religious and literary critic, social critic, and journalist. Hitchens was the author, co-author, editor or co-editor of over 30 books, including five collections of essays on culture, politics and literature. A staple of public discourse, his confrontational style of debate made him both a lauded intellectual and a controversial public figure. He contributed to New Statesman, The Nation, The Weekly Standard, The Atlantic, London Review of Books, The Times Literary Supplement, Slate, Free Inquiry and Vanity Fair.
Having long described himself as a democratic socialist, Marxist and an anti-totalitarian, he broke from the political left after what he called the "tepid reaction" of the Western left to the Satanic Verses controversy, followed by the left's embrace of Bill Clinton and the antiwar movement's opposition to NATO intervention in Bosnia and Herzegovina in the 1990s. His support of the Iraq War separated him further. His writings include critiques of public figures Bill Clinton, Henry Kissinger, Mother Teresa and Diana, Princess of Wales. He was the elder brother of the conservative journalist and author Peter Hitchens. He also advocated for the separation of church and state.
As an antitheist, he regarded concepts of a god or supreme being as a totalitarian belief that impedes individual freedom. He argued in favour of free expression and scientific discovery, and that it was superior to religion as an ethical code of conduct for human civilization. The dictum "What can be asserted without evidence can be dismissed without evidence" has become known as Hitchens's razor.