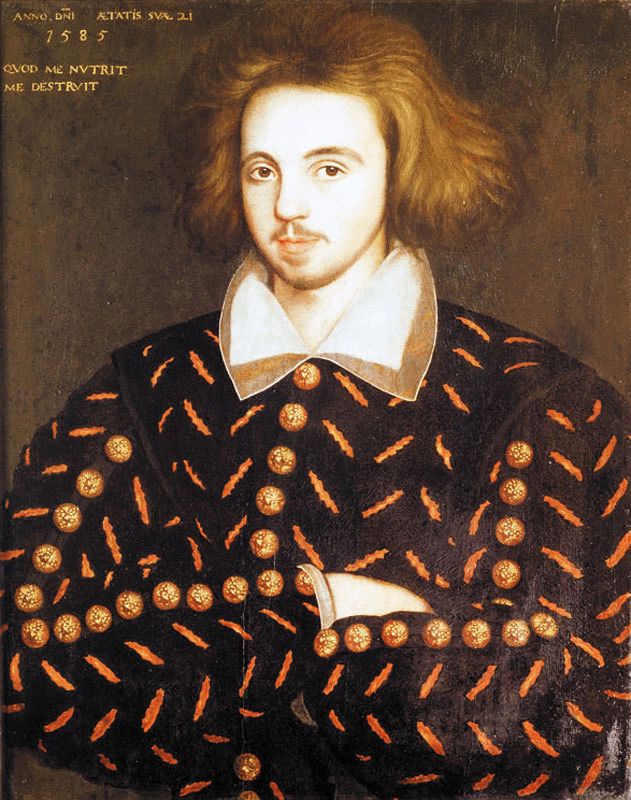 Christopher Marlowe, also known as Kit Marlowe (ˈmɑrloʊ; baptised 26 February 1564 – 30 May 1593), was an English playwright, poet and translator of the Elizabethan era. Marlowe was the foremost Elizabethan tragedian of his day. He greatly influenced William Shakespeare, who was born in the same year as Marlowe and who rose to become the pre-eminent Elizabethan playwright after Marlowe's mysterious early death. Marlowe's plays are known for the use of blank verse and their overreaching protagonists.
A warrant was issued for Marlowe's arrest on 18 May 1593. No reason was given for it, though it was thought to be connected to allegations of blasphemy—a manuscript believed to have been written by Marlowe was said to contain "vile heretical conceipts". On 20 May, he was brought to the court to attend upon the Privy Council for questioning. There is no record of their having met that day, however, and he was commanded to attend upon them each day thereafter until "licensed to the contrary". Ten days later, he was stabbed to death by Ingram Frizer. Whether or not the stabbing was connected to his arrest remains unknown.