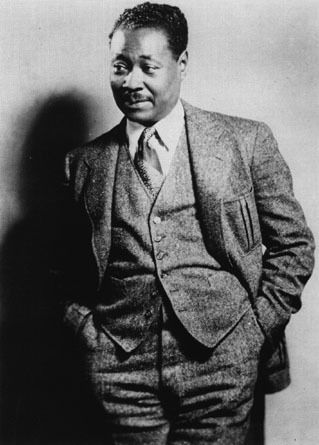 Festus Claudius "Claude" McKay (September 15, 1889 – May 22, 1948) was a Jamaican writer and poet, who was a seminal figure in the Harlem Renaissance. He wrote four novels: Home to Harlem (1928), a best-seller that won the Harmon Gold Award for Literature, Banjo (1929), Banana Bottom (1933), and in 1941 a manuscript called Amiable With Big Teeth: A Novel of the Love Affair Between the Communists and the Poor Black Sheep of Harlem which remained unpublished until 2017. McKay also authored collections of poetry, a collection of short stories, Gingertown (1932), two autobiographical books, A Long Way from Home (1937) and My Green Hills of Jamaica (published posthumously), and a non-fiction, socio-historical treatise entitled Harlem: Negro Metropolis (1940). His 1922 poetry collection, Harlem Shadows, was among the first books published during the Harlem Renaissance. His Selected Poems was published posthumously, in 1953.
McKay was attracted to communism in his early life, but he always asserted that he never became an official member of the Communist Party USA. However, some scholars dispute that claim, noting his close ties to active members, his attendance at communist-led events, and his months-long stay in the Soviet Union in 1922–23, which he wrote about very favorably. He gradually became disillusioned with communism, however, and by the mid-1930s had begun to write negatively about it.