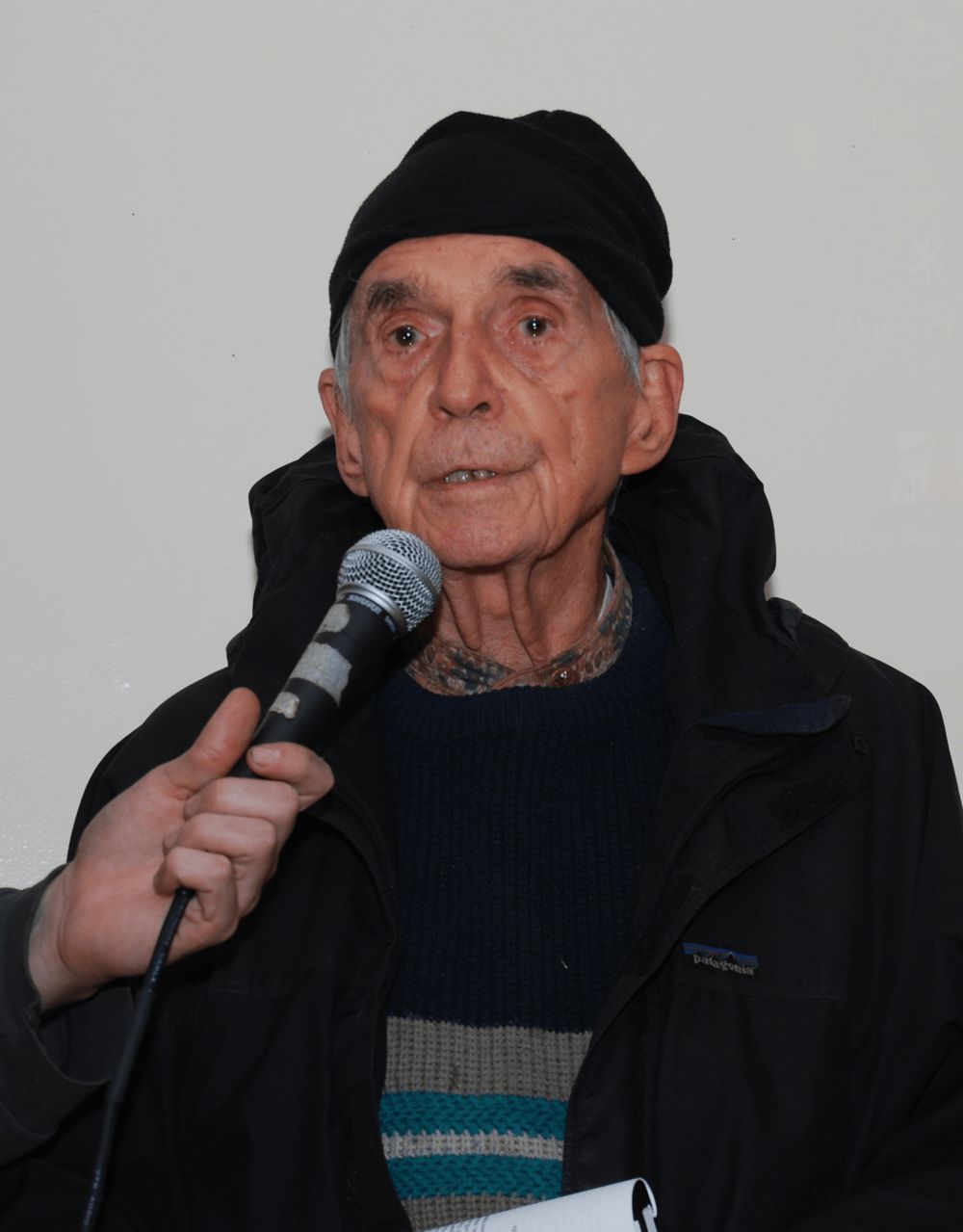 Daniel Joseph Berrigan (May 9, 1921April 30, 2016) was an American Jesuit priest, anti-war activist, Christian pacifist, playwright, poet, and author.
Like many others during the 1960s, Berrigan's active protest against the Vietnam War earned him both scorn and admiration, but it was his participation in the Catonsville Nine that made him famous. It also landed him on the Federal Bureau of Investigation's "most wanted list" (the first-ever priest on the list), on the cover of Time magazine, and in prison. His own particular form of militancy and radical spirituality in the service of social and political justice was significant enough, at that time, to "shape the tactics of resistance to the Vietnam War" in the United States.
For the rest of his life, Berrigan remained one of the US's leading anti-war activists. In 1980, he founded the Plowshares Movement, an anti-nuclear protest group, that put him back into the national spotlight. He was also an award-winning and prolific author of some 50 books, a teacher, and a university educator. He, along with his activist brother Philip Berrigan, were nominated in 1998 for the Nobel Peace Prize by 1976 laureate Mairead Maguire.