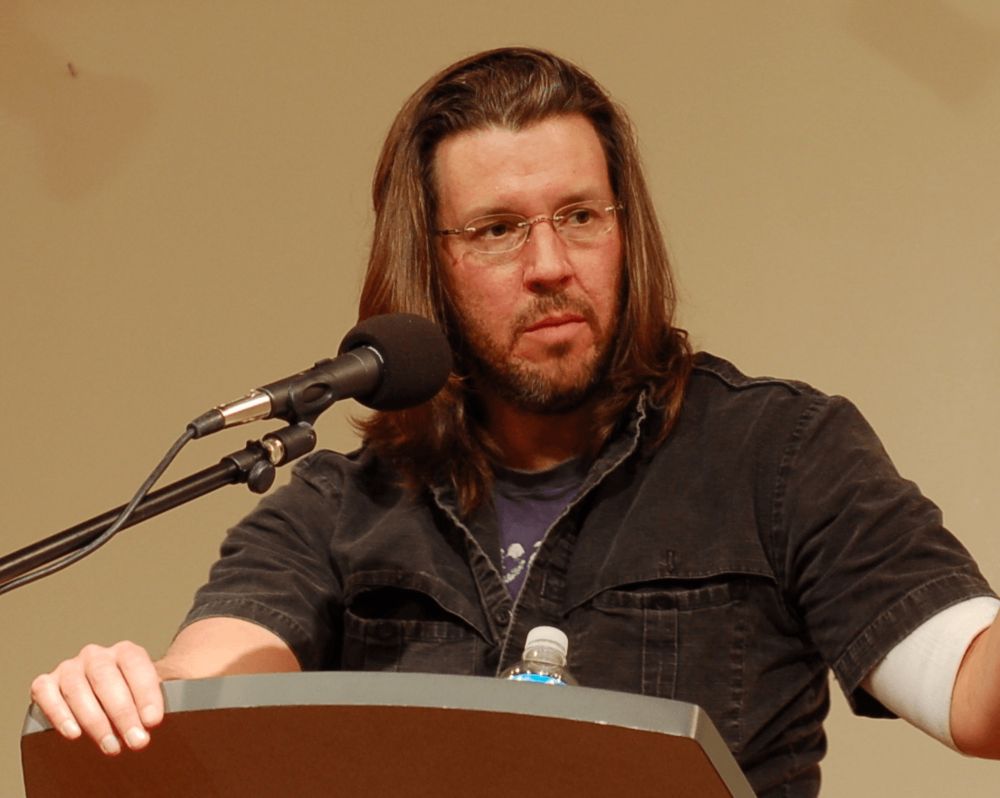 David Foster Wallace (February 21, 1962 – September 12, 2008) was an American writer and university instructor in the disciplines of English and creative writing. His novel Infinite Jest (1996) was listed by Time magazine as one of the 100 best English-language novels published between 1923 and 2005. His last novel, The Pale King (2011), was a finalist for the Pulitzer Prize for Fiction in 2012.
The Los Angeles Times ' David Ulin called Wallace "one of the most influential and innovative writers of the last twenty years". Among the writers who cite Wallace as an influence are Dave Eggers, Zadie Smith, Jonathan Franzen, Elizabeth Wurtzel, George Saunders, Rivka Galchen, Matthew Gallaway, David Gordon, Darin Strauss, Charles Yu, and Deb Olin Unferth.