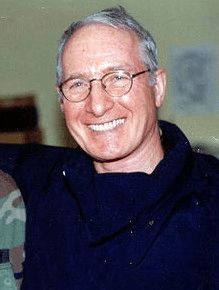 David Haskell Hackworth (November 11, 1930 – May 4, 2005) also known as Hack, was a prominent military journalist and a former United States Army colonel who was decorated in both the Korean War and Vietnam War. Hackworth is known for his role in the creation and command of Tiger Force, a military unit which was formed in South Vietnam to apply guerrilla warfare tactics against Viet Cong guerrilla fighters.
Hackworth is also known for his accusation in 1996 of the improper wearing of two unauthorized service ribbon devices denoting valor in combat by the Chief of Naval Operations, Admiral Mike Boorda, on two of his uniform's awards. Although Boorda had served off the coast of Vietnam in the 1960s and believed he was authorized to wear the two wartime decorations for meritorious service, he did not meet the Navy's requirements. Boorda committed suicide during Hackworth's investigation.