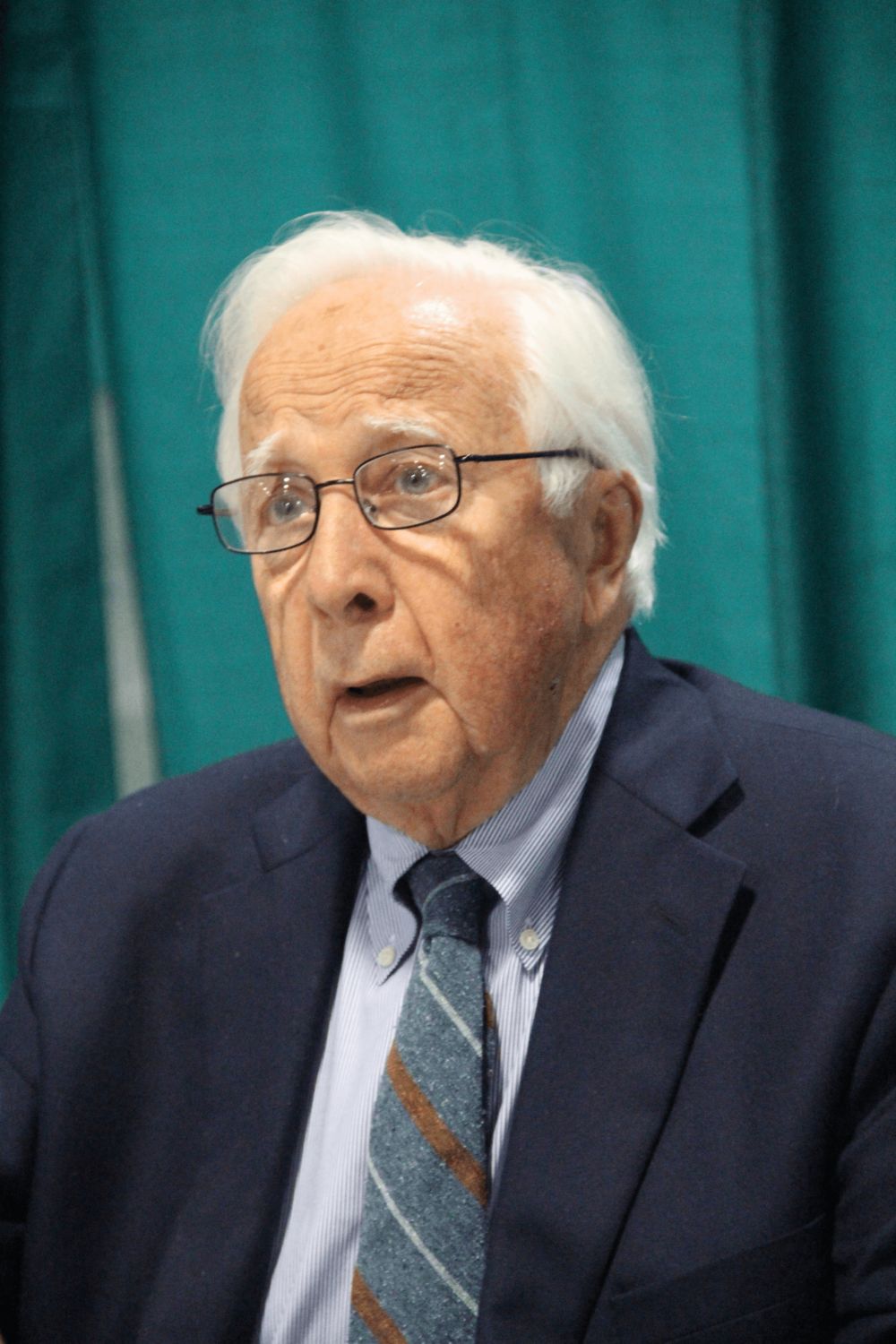 the illustrator and writer on design David Macaulay David Gaub McCullough (məˈkʌlə; born July 7, 1933) is an American author, narrator, historian, and lecturer. He is a two-time winner of the Pulitzer Prize and the National Book Award and a recipient of the Presidential Medal of Freedom, the United States' highest civilian award.
Born and raised in Pittsburgh, McCullough earned a degree in English literature from Yale University. His first book was The Johnstown Flood (1968); and he has since written nine more on such topics as Harry S. Truman, John Adams, the Brooklyn Bridge, and the Wright brothers. McCullough has also narrated numerous documentaries, such as The Civil War by Ken Burns, as well as the 2003 film Seabiscuit; and he hosted American Experience for twelve years.
McCullough's two Pulitzer Prize-winning books, Truman and John Adams, have been adapted by HBO into a TV film and a miniseries, respectively.