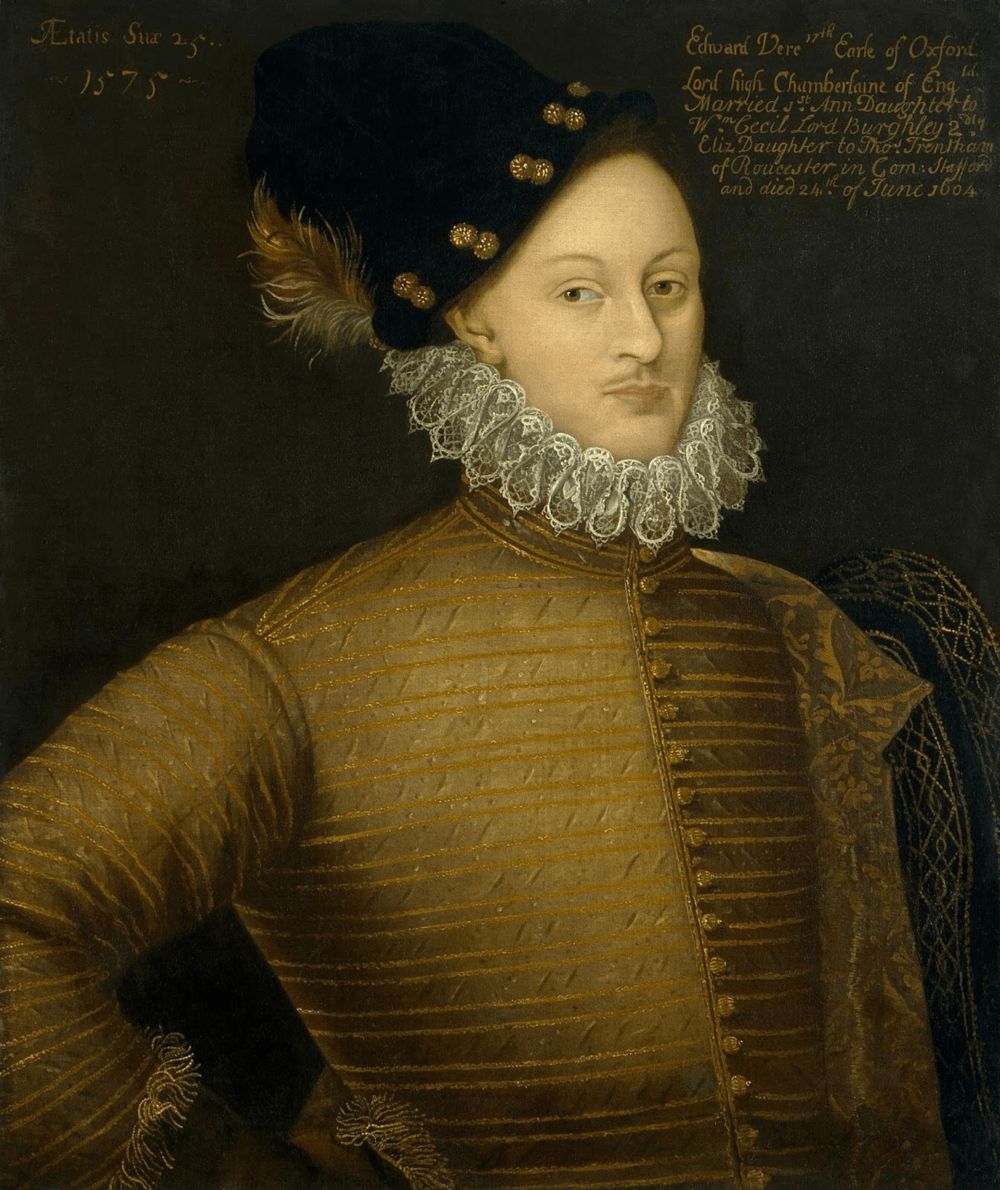 Edward de Vere, 17th Earl of Oxford (də_ˈvɪər; 12 April 1550 – 24 June 1604) was an English peer and courtier of the Elizabethan era. Oxford was heir to the second oldest earldom in the kingdom, a court favourite for a time, a sought-after patron of the arts, and noted by his contemporaries as a lyric poet and court playwright, but his reckless and volatile temperament precluded him from attaining any courtly or governmental responsibility and contributed to the dissipation of his estate. Since the 1920s he has been among the most popular alternative candidates proposed for the authorship of Shakespeare's works.
De Vere was the only son of John de Vere, 16th Earl of Oxford, and Margery Golding. After the death of his father in 1562, he became a ward of Queen Elizabeth and was sent to live in the household of her principal advisor, Sir William Cecil. He married Cecil's daughter, Anne, with whom he had five children. De Vere was estranged from her for five years after he refused to acknowledge her first child as his.
De Vere was a champion jouster and travelled widely throughout Italy and France. He was among the first to compose love poetry at the Elizabethan court, and he was praised as a playwright, though none of the plays known as his survive. A stream of dedications praised de Vere for his generous patronage of literary, religious, musical, and medical works, and he patronised both adult and boy acting companies, as well as musicians, tumblers, acrobats and performing animals.
He fell out of favour with the Queen in the early 1580s and was exiled from court after impregnating one of her maids of honour, Anne Vavasour, which instigated violent street brawls between de Vere's retainers and her uncles. De Vere was reconciled to the Queen in 1583, but all opportunities for advancement had been lost. In 1586, the Queen granted de Vere a £1,000 annuity to relieve his financial distress caused by his extravagance and selling off his income-producing lands for ready money. After his wife's death, he married Elizabeth Trentham, one of the Queen's maids of honour, with whom he had an heir, Henry de Vere. He died in 1604, having spent the entirety of his inherited estates.