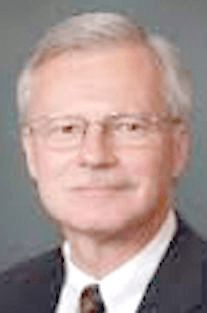 the professor of horn Douglas Hill (musician) Douglas Arthur Hill (6 April 1935 – 21 June 2007) was a Canadian science fiction author, editor and reviewer. He was born in Brandon, Manitoba, the son of a railroad engineer, and was raised in Prince Albert, Saskatchewan. An avid science fiction reader from an early age, he studied English at the University of Saskatchewan (where he earned an Honours B.A. in 1957) and at the University of Toronto. He married fellow writer and U. of S. alumna Gail Robinson in 1958; they moved to Britain in 1959, where he worked as a freelance writer and editor for Aldus Books. In 1967–1968 he served as assistant editor of the controversial New Worlds science fiction magazine under Michael Moorcock.
A lifetime leftist, he served from 1971 to 1984 as the Literary Editor of the socialist weekly Tribune (a position once held by George Orwell), where he regularly reviewed science fiction despite the continued refusal of the literary world to take it seriously. Before starting to write fiction in 1978, he wrote many books on history, science and folklore. Using the pseudonym Martin Hillman, he also worked as an editor of several anthologies, among them Window on the Future (1966), The Shape of Sex to Come (1978), Out of Time (1984), and Hidden Turnings (1988). He is probably best known for his The Last Legionary quartet of novels, supposedly produced as the result of a challenge by a publisher to Hill's complaints about the lack of good science fiction for younger readers.
Hill and his wife had one child, a son. They were divorced in 1978. He lived in Wood Green, London, and died in London after being struck by a bus at a zebra crossing. His death occurred one day after he completed his last trilogy, the Demon Stalkers.