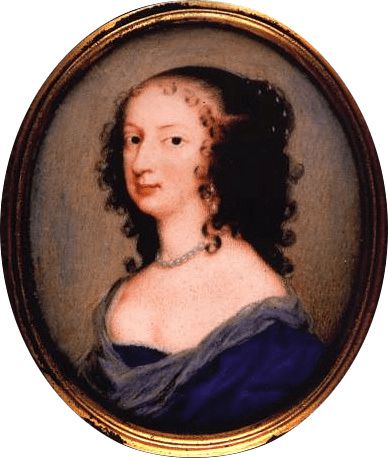 Margaret Cavendish (1623-1673), poet and philosopher the later (1661-1717) Duchess of Newcastle of the same name Margaret Holles, Duchess of Newcastle-upon-Tyne
Margaret Lucas Cavendish, Duchess of Newcastle-upon-Tyne (1623 – 15 December 1673) was an English aristocrat, philosopher, poet, scientist, fiction-writer, and playwright during the 17th century. Born Margaret Lucas, she was the youngest sister of prominent royalists Sir John Lucas and Sir Charles Lucas, who owned the manor of St. John's Abbey in Colchester. She became an attendant of Queen Henrietta Maria and traveled with her into exile in France, living for a time at the court of the young King Louis XIV. She became the second wife of William Cavendish, 1st Duke of Newcastle-upon-Tyne in 1645, when he was a marquess.
Cavendish was a poet, philosopher, writer of prose romances, essayist, and playwright who published under her own name at a time when most women writers published anonymously. Her writing addressed a number of topics, including gender, power, manners, scientific method, and philosophy. Her utopian romance, The Blazing World, is one of the earliest examples of science fiction. She is singular in having published extensively in natural philosophy and early modern science. She published over a dozen original works; inclusion of her revised works brings her total number of publications to twenty-one.
Cavendish has been championed and criticized as a unique and groundbreaking woman writer. She rejected the Aristotelianism and mechanical philosophy of the seventeenth century, preferring a vitalist model instead. She was the first woman to attend a meeting at Royal Society of London in 1667 and she criticized and engaged with members and philosophers Thomas Hobbes, René Descartes, and Robert Boyle. She has been claimed as an advocate for animals and as an early opponent of animal testing.