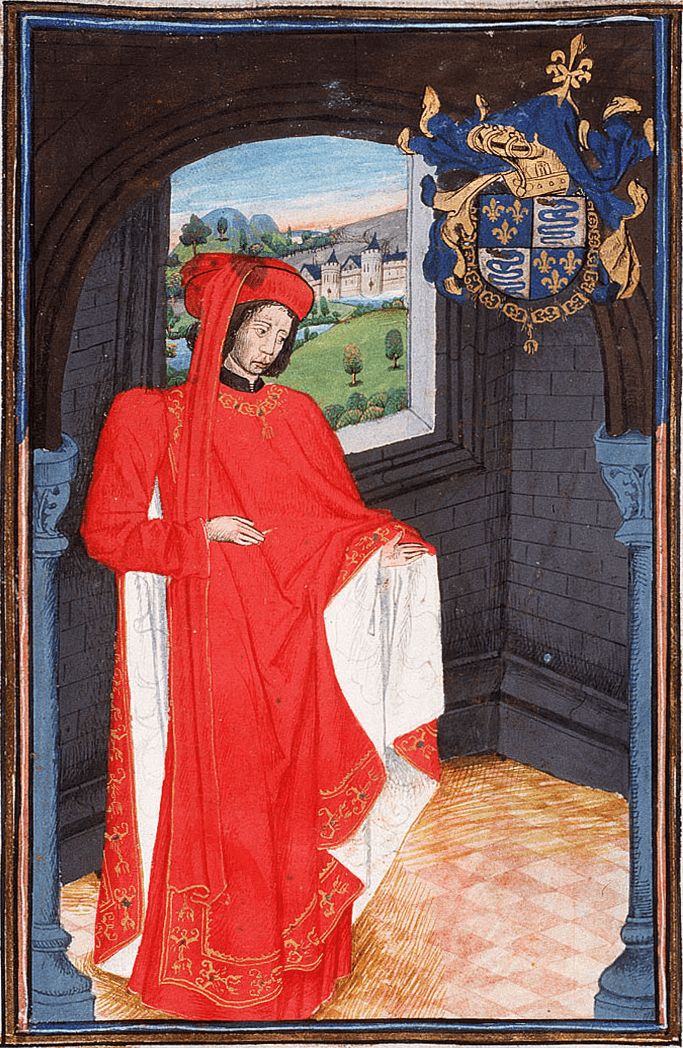 Charles of Orléans (24 November 1394 – 5 January 1465) was Duke of Orléans from 1407, following the murder of his father, Louis I, Duke of Orléans, on the orders of John the Fearless, Duke of Burgundy. He was also Duke of Valois, Count of Beaumont-sur-Oise and of Blois, Lord of Coucy, and the inheritor of Asti in Italy via his mother Valentina Visconti, daughter of Gian Galeazzo Visconti, Duke of Milan.
He is now remembered as an accomplished medieval poet owing to the more than five hundred extant poems he produced, written in both French and English, during his 25 years spent as a prisoner of war.