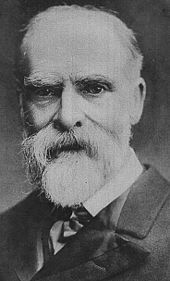 Edmund Leamy (1848 – 10 December 1904) was an Irish journalist, barrister, author of fairy tales, and nationalist politician. He was a Member of Parliament (MP) in the House of Commons of the United Kingdom of Great Britain and Ireland, where as member of the Irish Parliamentary Party and leading supporter of Charles Stewart Parnell he represented various Irish seats for much of the period from 1880 until his death in 1904.