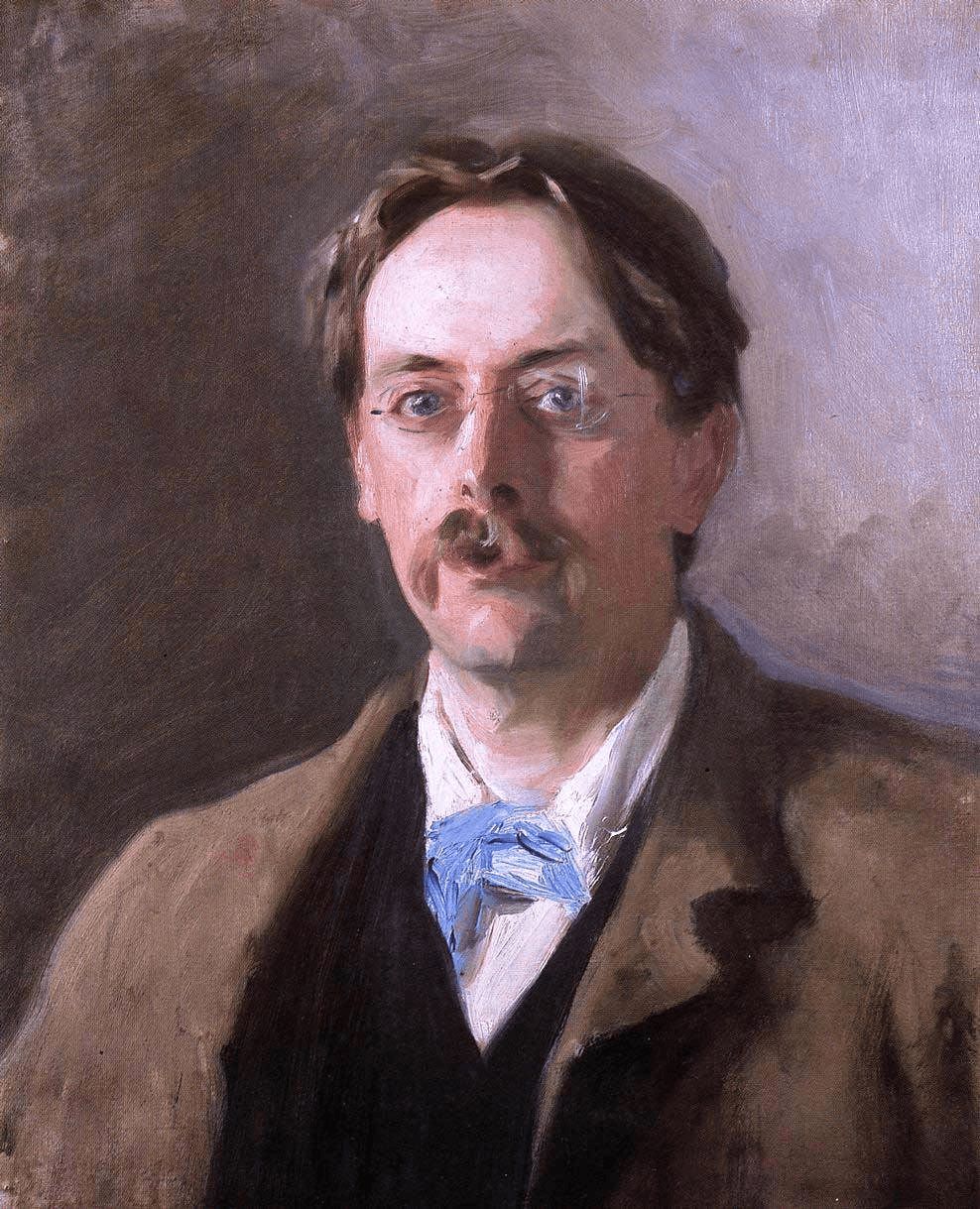 Sir Edmund William Gosse CB (gɒs; 21 September 1849 – 16 May 1928) was an English poet, author and critic. He was strictly brought up in a small Protestant sect, the Plymouth Brethren, but broke away sharply from that faith. His account of his childhood in the book Father and Son has been described as the first psychological biography.
His friendship with the sculptor Hamo Thornycroft inspired a successful career as a historian of late-Victorian sculpture. His translations of Ibsen helped to promote that playwright in England, and he encouraged the careers of W.B. Yeats and James Joyce. He also lectured in English literature at Cambridge.