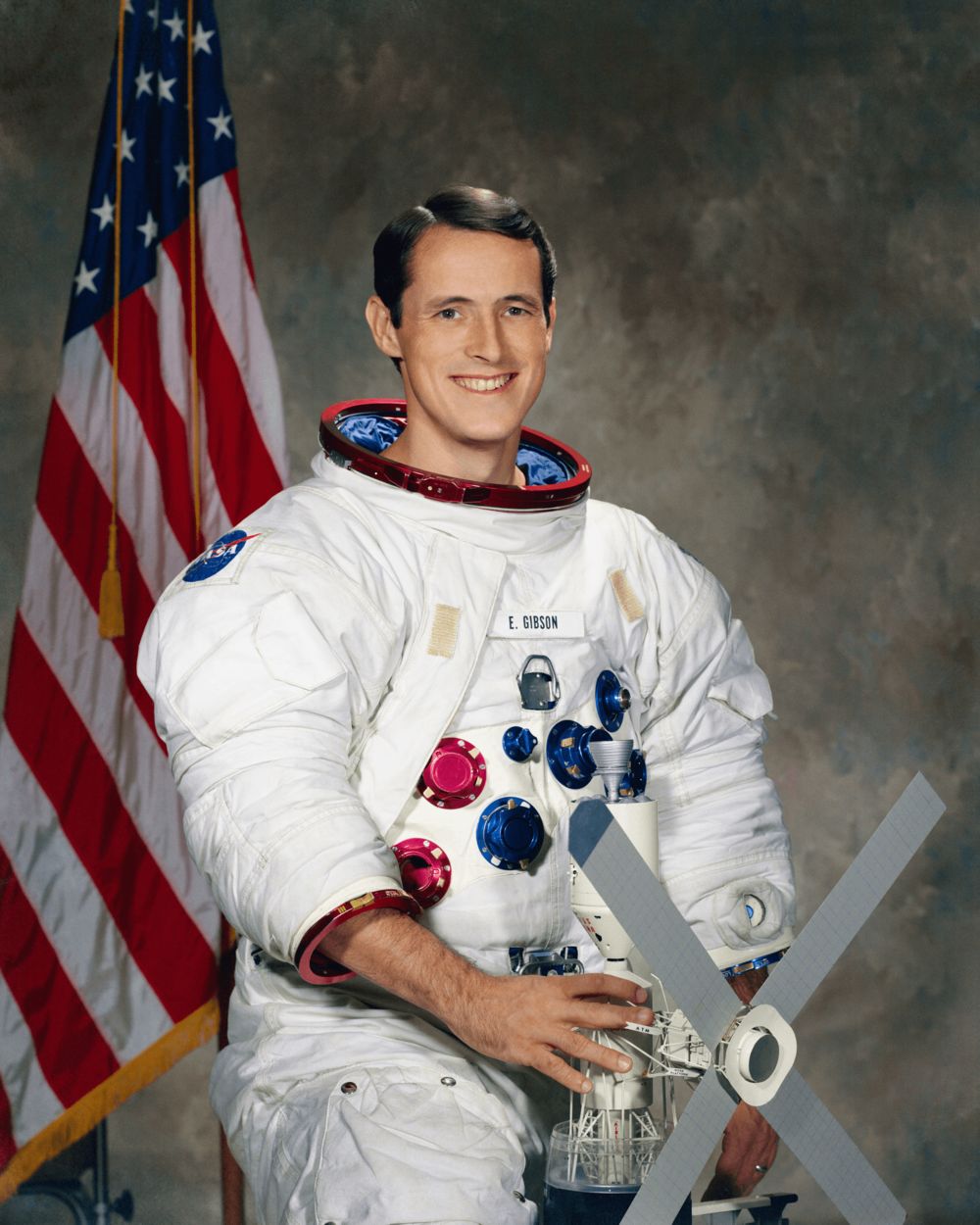 Edward George Gibson (born November 8, 1936) is a former NASA astronaut, pilot, engineer, and physicist.
Before becoming a NASA astronaut, Gibson graduated from the University of Rochester and the California Institute of Technology. He became a research assistant in jet propulsion while completing his studies and eventually became a research scientist for Philco Corporation until joining NASA.
Gibson was selected as an astronaut by NASA in 1965 as part of Astronaut Group 4, the first group of scientist-astronauts. He served on the support crew of Apollo 12 before moving on to work on the development of the Skylab space station. In 1973–74, Gibson made his first and only flight into space as science pilot aboard Skylab 4, the third and final manned flight to Skylab. He, along with Commander Gerald Carr and Pilot William Pogue, spent just over 84 days in space. Gibson resigned from NASA in December 1974, but returned in 1977 to preside over the selection of scientist-astronaut candidates. Gibson retired from NASA for the last time in October 1982.