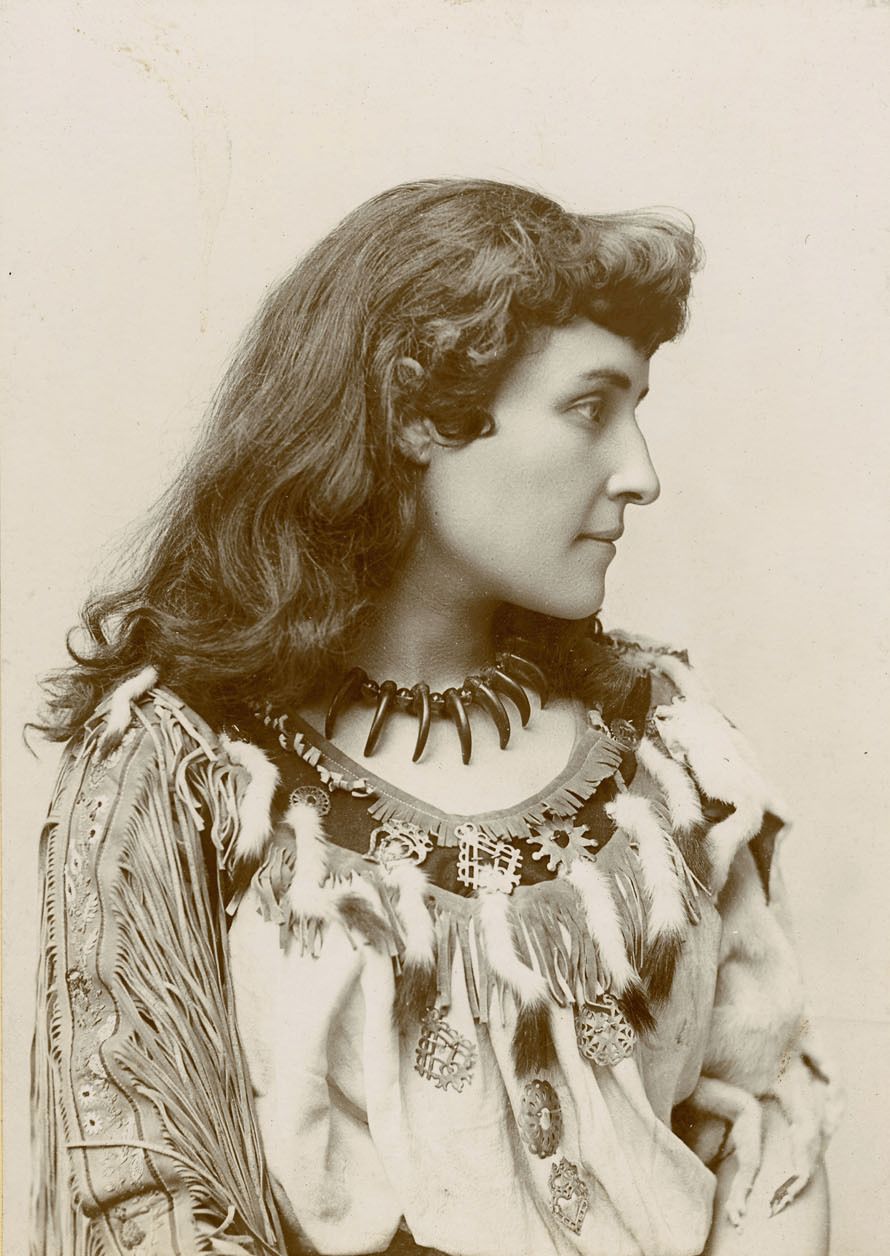 Emily Pauline Johnson (also known in Mohawk as Tekahionwake –pronounced: dageh-eeon-wageh, literally: 'double-life') (10 March 1861 – 7 March 1913), commonly known as E. Pauline Johnson or just Pauline Johnson, was a Canadian writer and performer popular in the late 19th century. Johnson was notable for her poems and performances that celebrated her Aboriginal heritage; her father was a hereditary Mohawk chief of mixed ancestry. She also drew from English influences, as her mother was an English immigrant. One such poem is the frequently anthologized "The Song My Paddle Sings".
Johnson's poetry was published in Canada, the United States and Great Britain. Johnson was one of a generation of widely read writers who began to define a Canadian literature. While her literary reputation declined after her death, since the later 20th century, there has been renewed interest in her life and works. A complete collection of her known poetry was published in 2002.