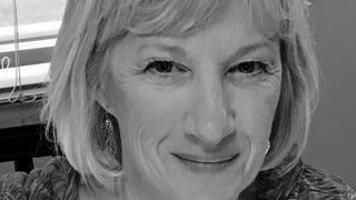 Eric Barnes (born February 28, 1968) is an American writer and publisher. He is the author of the novels The City Where We Once Lived, from Arcade Publishing, Shimmer, from Unbridled Books and Something Pretty, Something Beautiful, as well as the author of numerous short stories, including stories published in The Literary Review, Prairie Schooner, The Northwest Review, Raritan and other publishers of short literary fiction.
Barnes' short story "Something Pretty, Something Beautiful" was selected for inclusion in Best American Mystery Stories 2011, a series edited by Otto Penzler.
Barnes is also the publisher of The Daily News (Memphis), a newspaper covering business and politics, as well as the weekly edition of The Daily News, known as The Memphis News. He is also publisher of The Nashville Ledger, The Knoxville Ledger, and The Hamilton County Herald.
Barnes is also host of the weekly news program on local Public Television, WKNO. The show, Behind the Headlines, covers local stories, including stories about politics, business and the public interest.
Barnes received his BA from Connecticut College and his MFA from Columbia University. He was formerly a reporter and editor in Connecticut and New York City and, before that, worked in Kenai, Alaska. He grew up in Tacoma, Washington. He lives in Memphis.