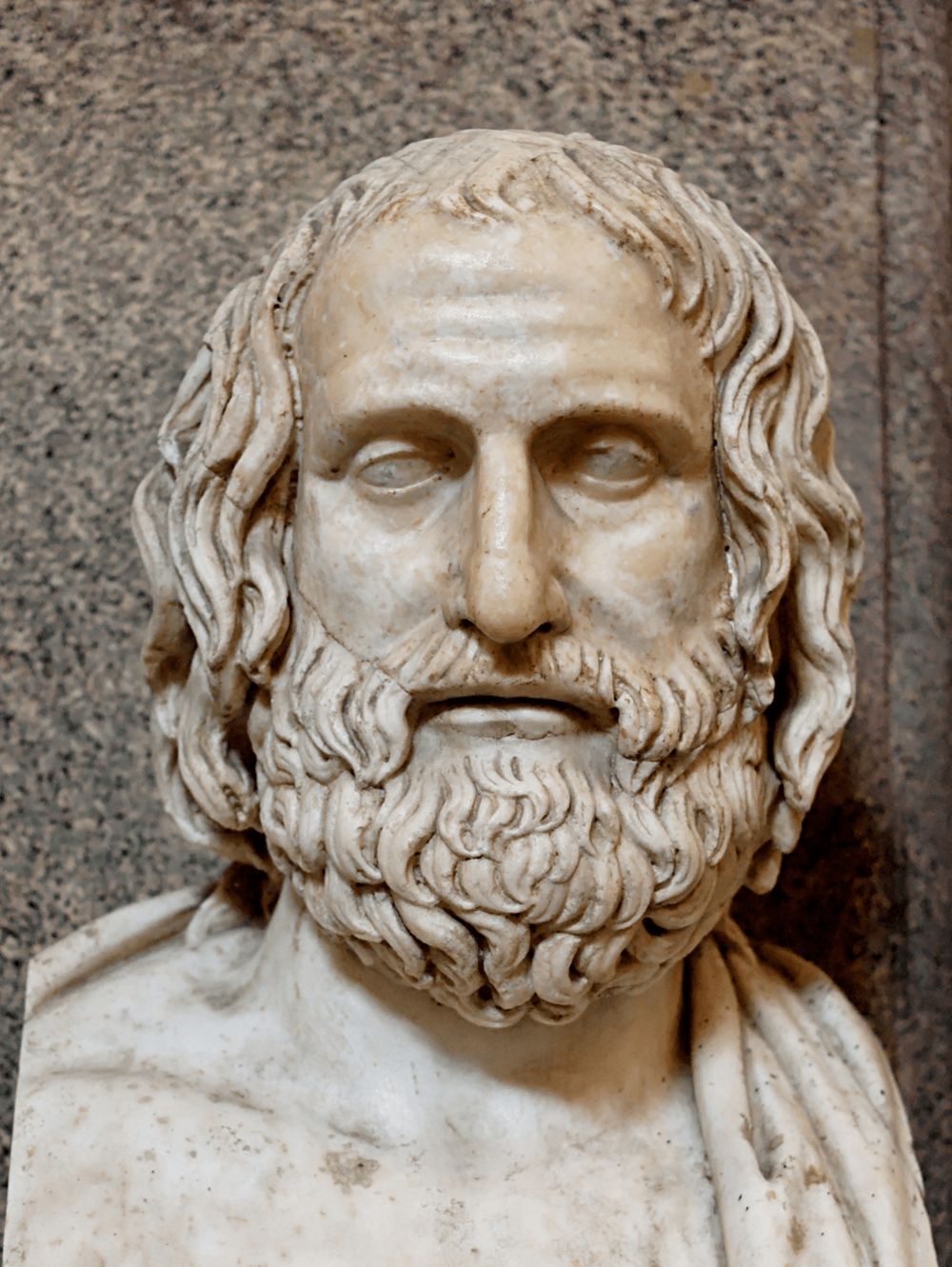 Euripides (jʊəˈrɪpɪdiːz; – Eurīpídēs, eu̯.riː.pí.dɛːs; c.:480 406 BC) was a tragedian of classical Athens. Along with Aeschylus and Sophocles, he is one of the three ancient Greek tragedians for whom a significant number of plays have survived. Some ancient scholars attributed 95 plays to him but, according to the Suda, it was 92 at most. Of these, 18 or 19 have survived more or less complete (there has been debate about his authorship of Rhesus, largely on stylistic grounds) and there are also fragments, some substantial, of most of the other plays. More of his plays have survived intact than those of Aeschylus and Sophocles together, partly because his popularity grew as theirs declinedhe became, in the Hellenistic Age, a cornerstone of ancient literary education, along with Homer, Demosthenes, and Menander.
Euripides is identified with theatrical innovations that have profoundly influenced drama down to modern times, especially in the representation of traditional, mythical heroes as ordinary people in extraordinary circumstances. This new approach led him to pioneer developments that later writers adapted to comedy, some of which are characteristic of romance. Yet he also became "the most tragic of poets", focusing on the inner lives and motives of his characters in a way previously unknown. He was "the creator of...that cage which is the theatre of Shakespeare's Othello, Racine's Phèdre, of Ibsen and Strindberg," in which "...imprisoned men and women destroy each other by the intensity of their loves and hates", and yet he was also the literary ancestor of comic dramatists as diverse as Menander and George Bernard Shaw.
Unique among writers of Ancient Athens, Euripides demonstrated sympathy towards the underrepresented members of society. His male contemporaries were frequently shocked by the 'heresies' he put into the mouths of characters, such as these words of his heroine Medea: Sooner would I stand
Three times to face their battles, shield in hand, Than bear one child!
His contemporaries associated him with Socrates as a leader of a decadent intellectualism, both of them being frequently lampooned by comic poets such as Aristophanes. Whereas Socrates was eventually put on trial and executed as a corrupting influence, Euripides chose a voluntary exile in old age, dying in Macedonia. Recent scholarship casts doubt on ancient biographies of Euripides. For example, it is possible that he never visited Macedonia at all, or, if he did, he might have been drawn there by King Archelaus with incentives that were also offered to other artists.