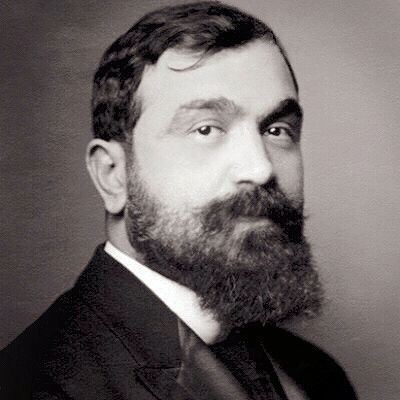 Theofan Stilian Noli, known as Fan Noli (6 January 1882 – 13 March 1965), was an Albanian writer, scholar, diplomat, politician, historian, orator and founder of the Orthodox Church of Albania, who served as Prime Minister and regent of Albania in 1924 during the June Revolution.
Fan Noli is venerated in Albania as a champion of literature, history, theology, diplomacy, journalism, music and national unity. He played an important role in the consolidation of Albanian as the national language of Albania with numerous translations of world literature masterpieces. He also wrote extensively in English: as a scholar and author of a series of publications on Skanderbeg, Shakespeare, Beethoven, religious texts and translations. He produced a translation of the New Testament in English, The New Testament of our Lord and Savior Jesus Christ from the approved Greek text of the Church of Constantinople and the Church of Greece, published in 1961.
Noli earned degrees at Harvard (1912), the New England Conservatory of Music (1938), and finally his Ph.D. from Boston University (1945). He was ordained a priest in 1908, establishing thereby the Albanian Church and elevating the Albanian language to ecclesiastic use. He briefly resided in Albania after the 1912 declaration of independence. After World War I, Noli led the diplomatic efforts for the reunification of Albania and received the support of US President Woodrow Wilson. Later he pursued a diplomatic-political career in Albania, successfully leading the Albanian bid for membership in the League of Nations.
A respected figure who remained critical of corruption and injustice in the Albanian government, Fan Noli was asked to lead the 1924 June Revolution. He then served as prime minister until his revolutionary government was overthrown by Ahmet Zogu. He was exiled to Italy and permanently settled in the United States in the 1930s, acquiring US citizenship and agreeing to end his political involvement. He spent the rest of his life as an academician, religious leader and writer.