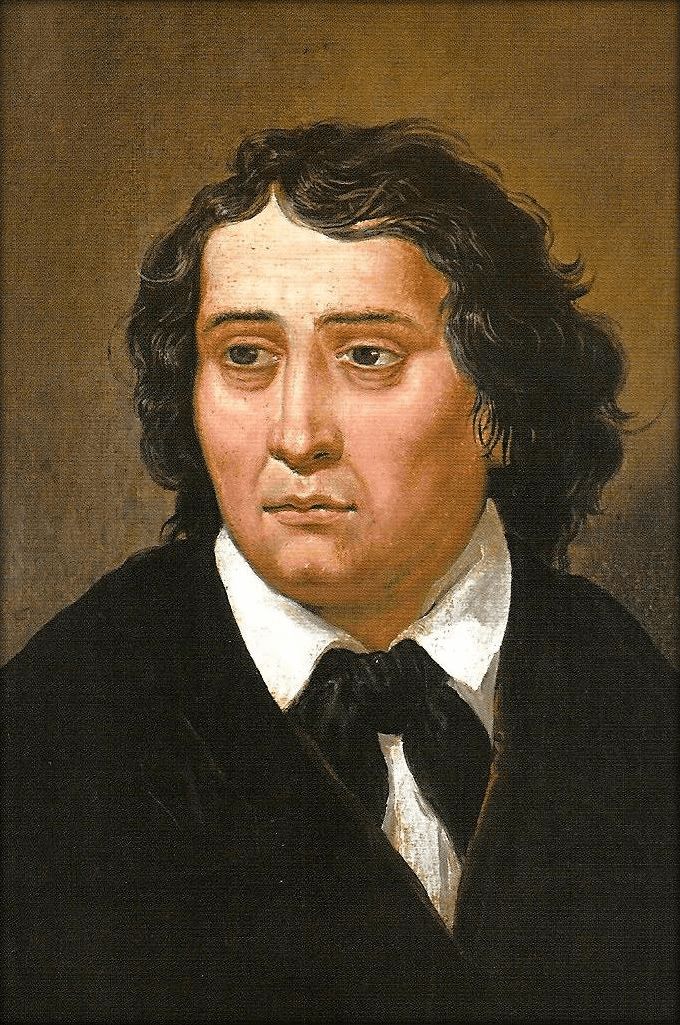 France PrešerenIn his home village he was also known as Ribčev France. (fɾanˈtsɛ pɾɛˈʃeːɾən) (2 or 3 December 1800Although his birth date has been mostly presumed to be 3 December, in 2002 a detailed family tree of the poet's family, published by the Slovene Genealogical Society, put the date of his birth on 2 December, whereas 3 December has been identified by them as the date of his baptism. – 8 February 1849) was a 19th-century Romantic Slovene poet, best known as the poet who has inspired virtually all later Slovene literature and has been generally acknowledged as the greatest Slovene classical author. He wrote some high quality epic poetry, for example the first Slovene ballad and the first Slovene epic. After death, he became the leading name of the Slovene literary canon.
He tied together the motifs of his own unhappy love with that of an unhappy, subjugated homeland. Especially after World War II in the Slovene Lands, one of Prešeren's motifs, the "hostile fortune", has been adopted by Slovenes as a national myth, and Prešeren has been described being as ubiquitous as the air in Slovene culture.#tag:ref Translator and a Slovene writer who writes in English, Erica Johnson Debeljak, has been quoted comparing the status of Prešeren in Slovene culture to an entity as ubiquitous as air, describing in her essay "Prešeren's air" how he is frequently referenced to as simply "the poet", the identity of whom is obvious to all but to the yet uninitiated into the Slovene culture.
During his lifetime, Prešeren lived in conflict with both the civil and religious establishment, as well as with the provincial bourgeoisie of Ljubljana. He fell victim to severe drinking problems and tried to take his life on at least two occasions, facing rejections and seeing most of his closest friends die tragically. His lyric poetry dealt with the love towards his homeland, the suffering humanity, as well as his unfulfilled love towards his muse, Julija Primic.
Although he wrote in Slovene, some poems were also written in German. As he lived in Carniola, he at first regarded himself a Carniolan, but gradually took the broader Slovene identity. His poems have been translated into English, French, German, Italian, Spanish, Hungarian, Slovak, Polish, Russian, Ukrainian, Belorussian, Bengali, as well as to all the languages of former Yugoslavia, and in 2013 a complete collection of his "Poezije" (Poems) was translated to French.