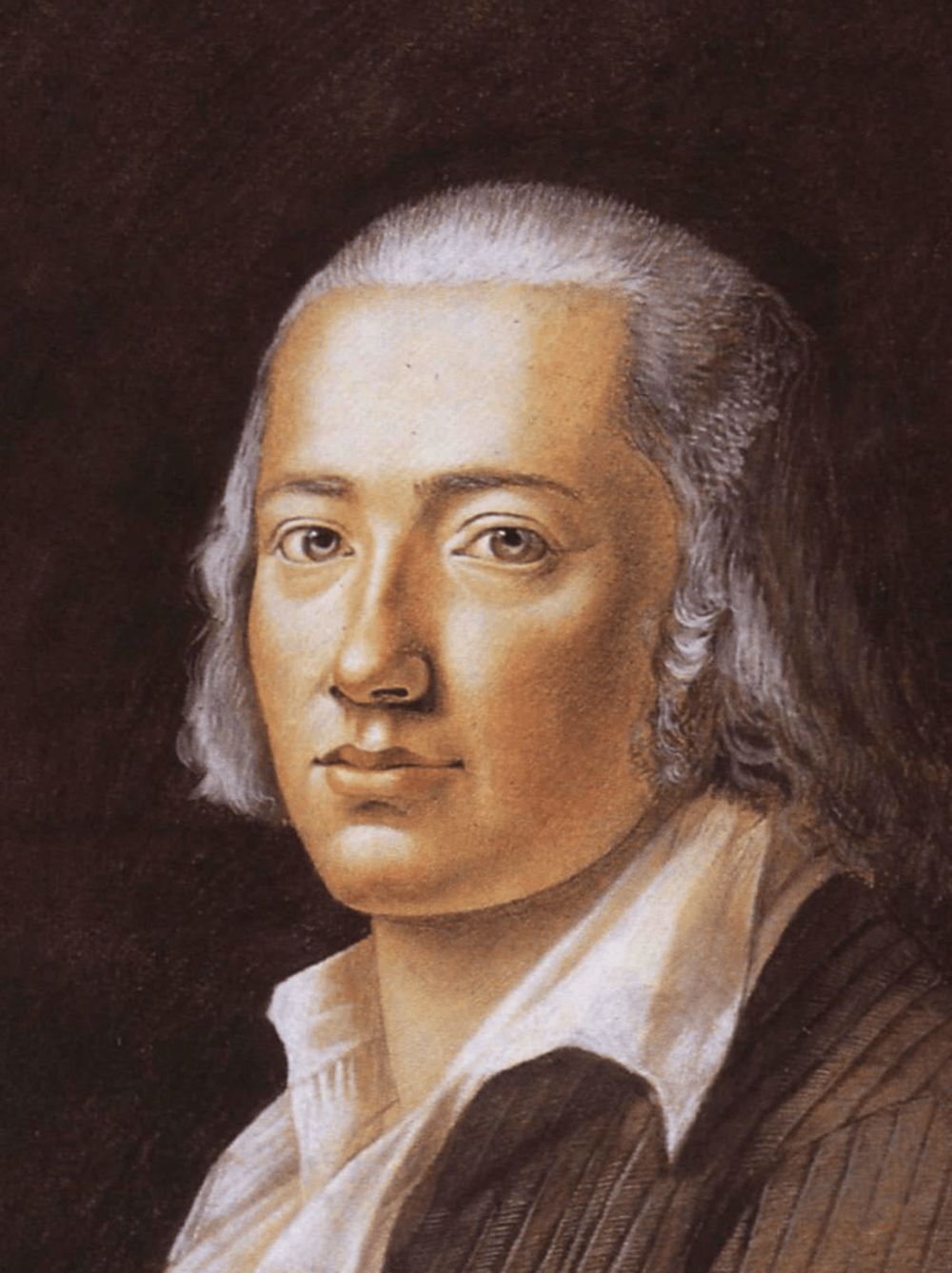 Johann Christian Friedrich Hölderlin (ˈjoːhan ˈkʁɪsti.aːn ˈfʁiːdʁɪç ˈhœldɐliːn; 20 March 1770 – 7 June 1843) was a German poet and philosopher. Described by Norbert von Hellingrath as "the most German of Germans", Hölderlin was a key figure of German Romanticism. Particularly due to his early association with and philosophical influence on Hegel and Schelling, he was also an important thinker in the development of German Idealism.
Born in Lauffen am Neckar, Hölderlin's childhood was marked by bereavement. His mother intended for him to enter the Lutheran ministry, and he attended the Tübinger Stift, where he was friends with Hegel and Schelling. He graduated in 1793 but could not devote himself to the Christian faith, instead becoming a tutor. Two years later, he briefly attended the University of Jena, where he interacted with Fichte and Novalis, before resuming his career as a tutor. He struggled to establish himself as a poet, and was plagued by mental illness. He was sent to a clinic in 1805 but deemed incurable and instead given lodging by a carpenter, Ernst Zimmer. He spent the final 36 years of his life in Zimmer's residence, and died in 1843 at the age of 73.
Hölderlin followed the tradition of Goethe and Schiller as an admirer of Greek mythology and Ancient Greek poets such as Pindar and Sophocles, and melded Christian and Hellenic themes in his works. Martin Heidegger, whom Hölderlin had a great influence on, said: "Hölderlin is one of our greatest, that is, most impending thinkers because he is our greatest poet. The poetic understanding of his poetry is possible only as a philosophical confrontation with the manifestation of being achieved in his work."