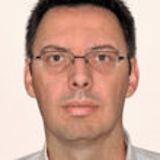 Gavrilo "Gavril" Stefanović Venclović (lang-sr-cyr:Гаврилo Стефановић Венцловић; fl. 1670–1749) was a Serbian priest, writer, poet, orator, philosopher, neologist, polyglot, and illuminator. He was one of the first and most notable representatives of Serbian Baroque literature (although he worked in the first half of 18th century, as Baroque trends in Serbian literature emerged in the late 17th century). But Venclović's most unforgettable service to his nation was his initial contribution as a scholar to the development of the vernacular – what was to become, a century later, the Serbian literary language.