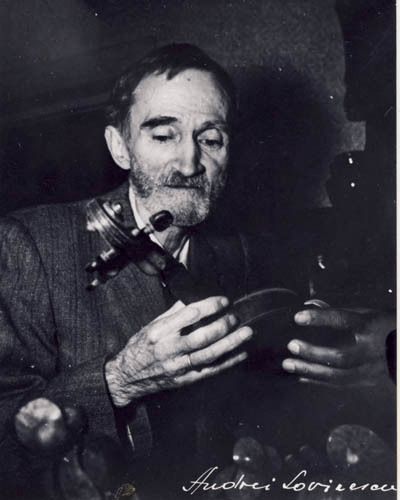 George Bacovia (ˈd͡ʒe̯ord͡ʒe baˈkovi.a; the pen name of Gheorghe Vasiliu vasiˈli.u; 17 September 1881 4 September – 22 May 1957) was a Romanian symbolist poet. While he initially belonged to the local Symbolist movement, his poetry came to be seen as a precursor of Romanian Modernism and eventually established him in critical esteem alongside Tudor Arghezi, Lucian Blaga and Ion Barbu as one of the most important interwar Romanian poets.