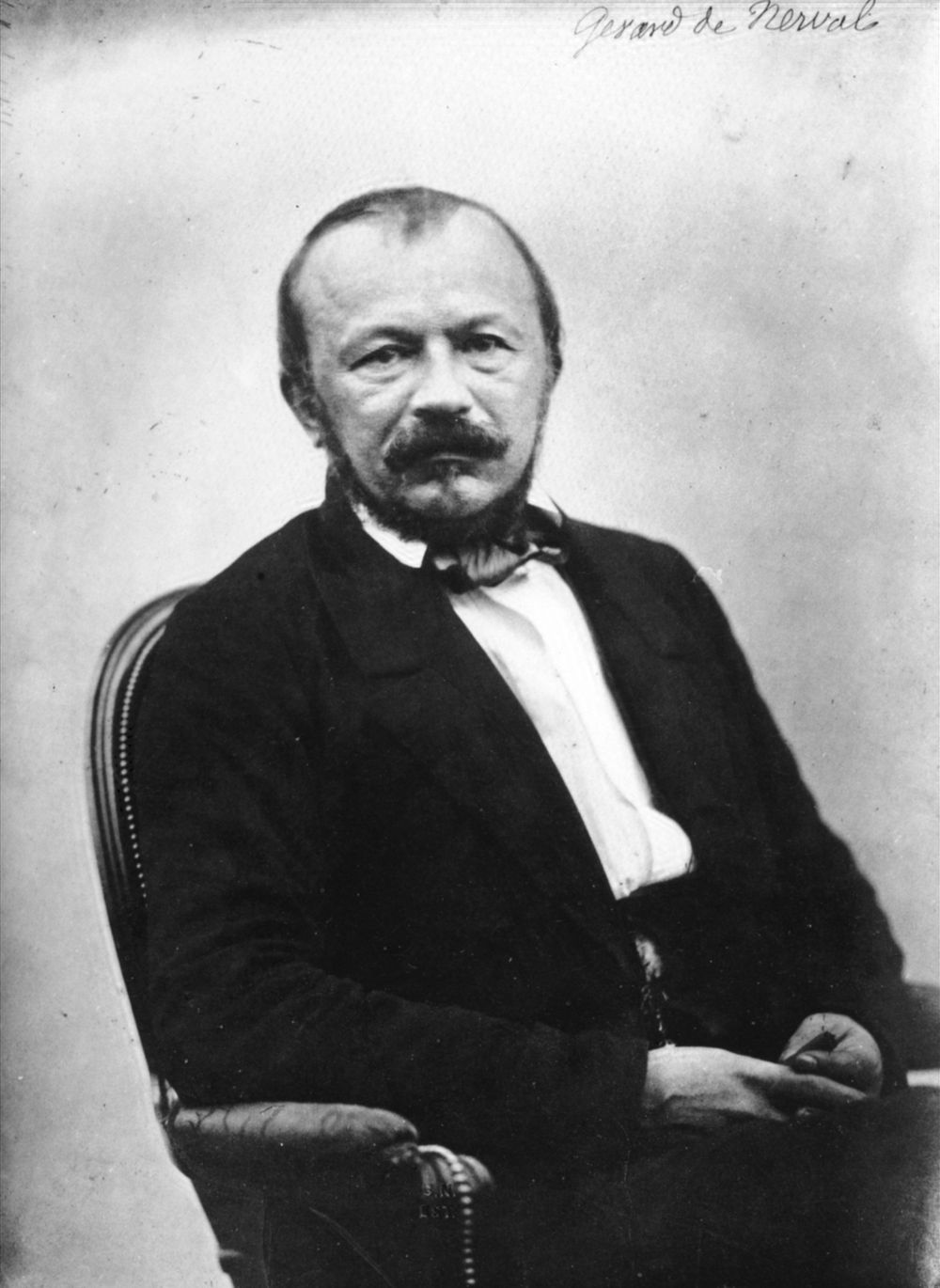 Gérard de Nerval (ʒeʁaʁ də nɛʁval; 22 May 1808 – 26 January 1855) was the nom-de-plume of the French writer, poet, essayist and translator Gérard Labrunie. A major figure of French romanticism, he is best known for his poems and novellas, especially the collection Les Filles du feu (The Daughters of Fire), which includes the novella Sylvie and the poem "El Desdichado". He played a major role in introducing French readers to the works of German Romantic authors, including Klopstock, Schiller, Bürger and Goethe. His later work delved into the relationship between poetry and madness, reality and fiction, and dreams and life. He was a major influence on Marcel Proust, André Breton and Surrealism.