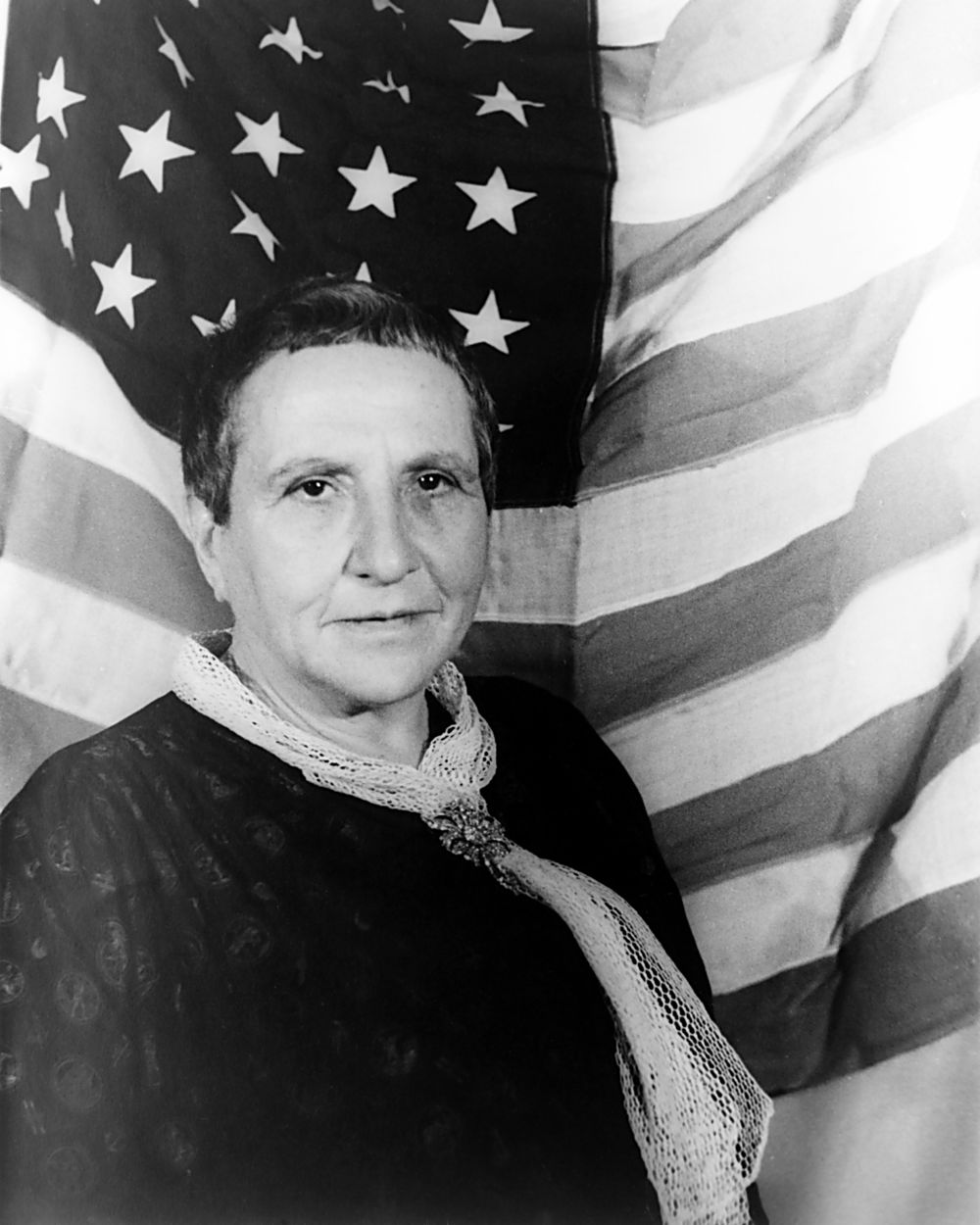 Gertrude Stein (February 3, 1874 – July 27, 1946) was an American novelist, poet, playwright, and art collector. Born in the Allegheny West neighborhood of Pittsburgh, Pennsylvania, and raised in Oakland, California, Stein moved to Paris in 1903, and made France her home for the remainder of her life. She hosted a Paris salon, where the leading figures of modernism in literature and art, such as Pablo Picasso, Ernest Hemingway, F. Scott Fitzgerald, Sinclair Lewis, Ezra Pound, Sherwood Anderson and Henri Matisse, would meet.
In 1933, Stein published a quasi-memoir of her Paris years, The Autobiography of Alice B. Toklas, written in the voice of Alice B. Toklas, her life partner and an American-born member of the Parisian avant-garde. The book became a literary bestseller and vaulted Stein from the relative obscurity of the cult-literature scene into the limelight of mainstream attention. Two quotes from her works have become widely known: "Rose is a rose is a rose is a rose" and "there is no there there", with the latter often taken to be a reference to her childhood home of Oakland, California.
Her books include Q.E.D. (1903), about a lesbian romantic affair involving several of Stein's friends, Fernhurst, a fictional story about a love triangle, Three Lives (1905–06), and The Making of Americans (1902–1911). In Tender Buttons (1914), Stein commented on lesbian sexuality.
Her activities during World War II have been the subject of analysis and commentary. As a Jew living in Nazi-occupied France, Stein may have only been able to sustain her lifestyle as an art collector, and indeed to ensure her physical safety, through the protection of the powerful Vichy government official and Nazi collaborator Bernard Faÿ. After the war ended, Stein expressed admiration for another Nazi collaborator, Vichy leader Marshal Pétain. Some have argued that certain accounts of Stein's wartime activities have amounted to a "witch hunt".