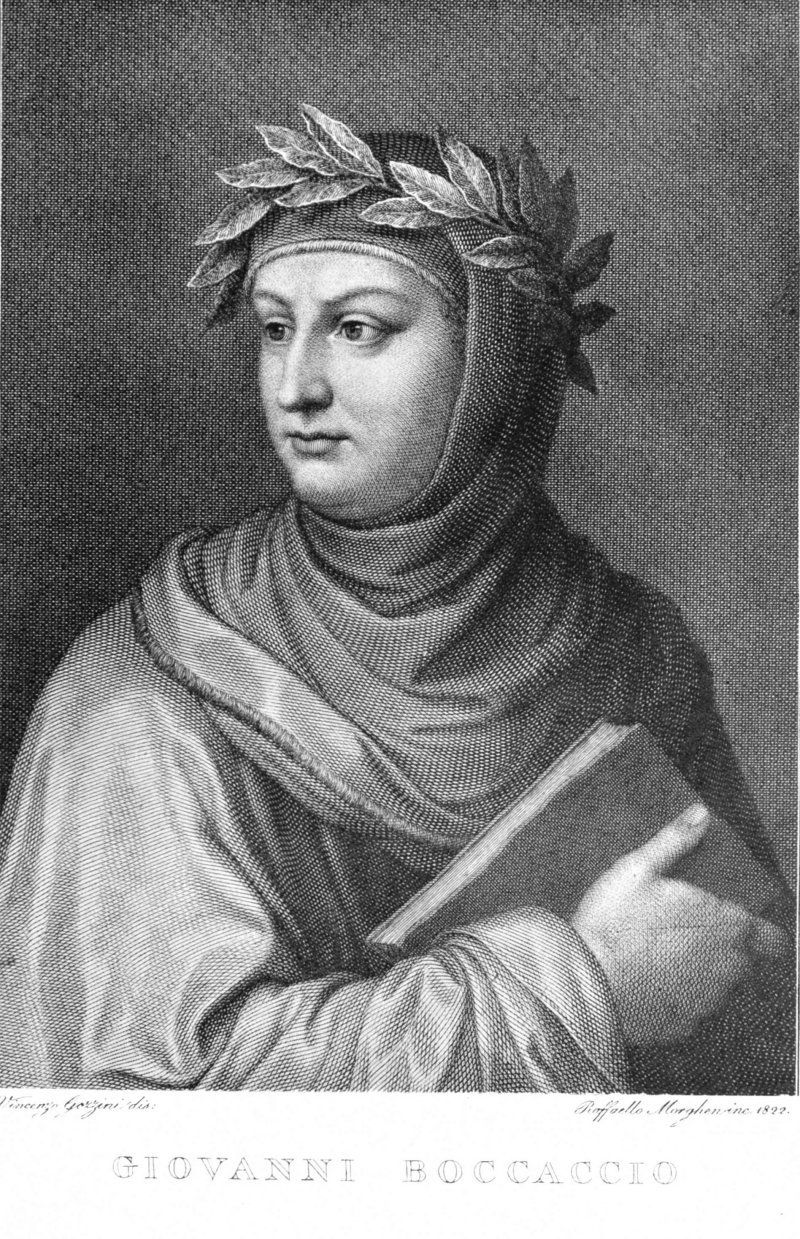 Giovanni Boccaccio (boʊˈkɑːtʃioʊ,_bə-,_-tʃoʊ; dʒoˈvanni bokˈkattʃo; 16 June 1313 – 21 December 1375) was an Italian writer, poet, correspondent of Petrarch, and an important Renaissance humanist. Boccaccio wrote a number of notable works, including The Decameron and On Famous Women. He wrote his imaginative literature mostly in the Italian vernacular, as well as other works in Latin, and is particularly noted for his realistic dialogue which differed from that of his contemporaries, medieval writers who usually followed formulaic models for character and plot.