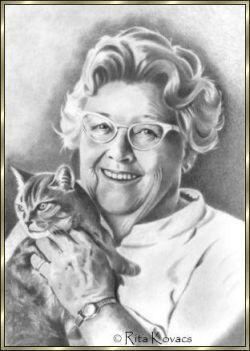 Gladys Bagg Taber (1899–1980), author of 59 books, including the Stillmeadow books, and columnist for Ladies' Home Journal and Family Circle, was born in Colorado Springs on April 12, 1899, and spent most of her early years moving because of her father's work as a mining engineer. She lived in New Mexico, California, Illinois and Wisconsin, and spent time on her grandfather's farm in Massachusetts. Later, she received a bachelor's degree from Wellesley in 1920 and an M.A. from Lawrence College in 1921. She married Frank Taber, and they had a daughter, Constance, which interrupted her academic career; then for more than 20 years, she lived in Stillmeadow, her vintage 1690 Southbury, Connecticut, farmhouse, having commuted to New York part of the time to teach creative writing at Columbia University from 1921 to 1926. The house was jointly owned by the Tabers and their friends Eleanor and Max Mayer. She died on March 11, 1980. Her column "Diary of Domesticity" began in the Ladies' Home Journal in November 1937; "Butternut Wisdom" ran in the Family Circle from 1959 to 1967.
Gladys Taber lived in Stillmeadow, a 1690 farmhouse off Jeremy Swamp Road in Southbury, starting in 1933(summers only) and 1935 (full-time).