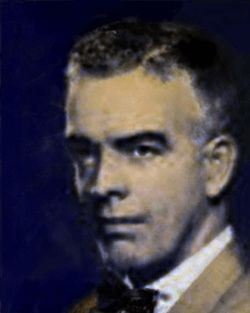 [[File:Groff Conklin.jpg right thumb upright=0.6 Groff Conklin, no date]]
Edward Groff Conklin (September 6, 1904 – July 19, 1968) was an American science fiction anthologist. He edited 40 anthologies of science fiction, one of mystery stories (co-edited with physician Noah Fabricant), wrote books on home improvement and was a freelance writer on scientific subjects as well as a published poet. From 1950 to 1955, he was the book critic for Galaxy Science Fiction.
Born in Glen Ridge, New Jersey, Conklin was educated at Dartmouth College and Harvard University, and graduated from Columbia University in 1927. He drifted through a series of jobs in the 1930s and 1940s, working for several government agencies during WWII. He was a book editor for Robert M. McBride & Co. and did public relations work for the Federal Home Loan Bank, the Office of Strategic Services, the Department of Commerce, the National Cancer Institute and the American Diabetes Association. He was also a former scientific researcher for the N.W. Ayer & Son advertising agency.