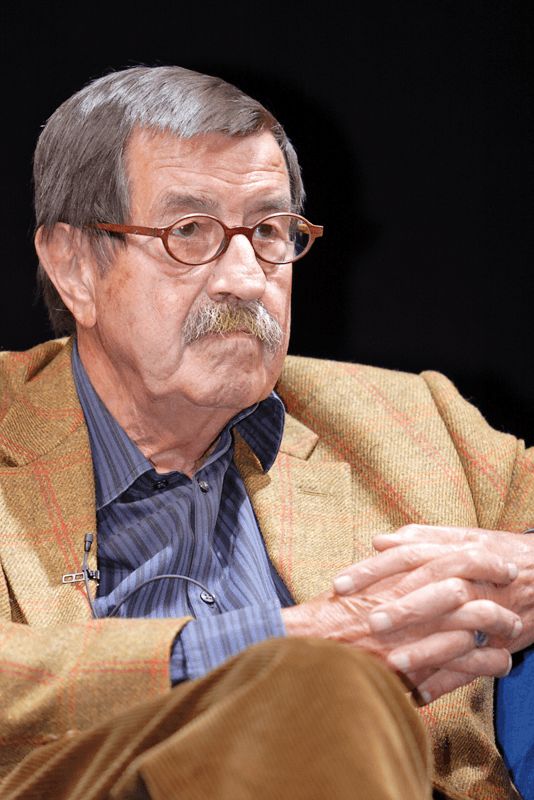 Günter Wilhelm Grass (ˈɡʏntɐ ˈɡʁas; 16 October 1927 – 13 April 2015) was a German novelist, poet, playwright, illustrator, graphic artist, sculptor, and recipient of the 1999 Nobel Prize in Literature.
He was born in the Free City of Danzig (now Gdańsk, Poland). As a teenager, he served as a drafted soldier from late 1944 in the Waffen-SS and was taken prisoner of war by US forces at the end of the war in May 1945. He was released in April 1946. Trained as a stonemason and sculptor, Grass began writing in the 1950s. In his fiction, he frequently returned to the Danzig of his childhood.
Grass is best known for his first novel, The Tin Drum (1959), a key text in European magic realism. It was the first book of his Danzig Trilogy, the other two being Cat and Mouse and Dog Years. His works are frequently considered to have a left-wing political dimension, and Grass was an active supporter of the Social Democratic Party of Germany (SPD). The Tin Drum was adapted as a film of the same name, which won both the 1979 Palme d'Or and the Academy Award for Best Foreign Language Film. In 1999, the Swedish Academy awarded him the Nobel Prize in Literature, praising him as a writer "whose frolicsome black fables portray the forgotten face of history".