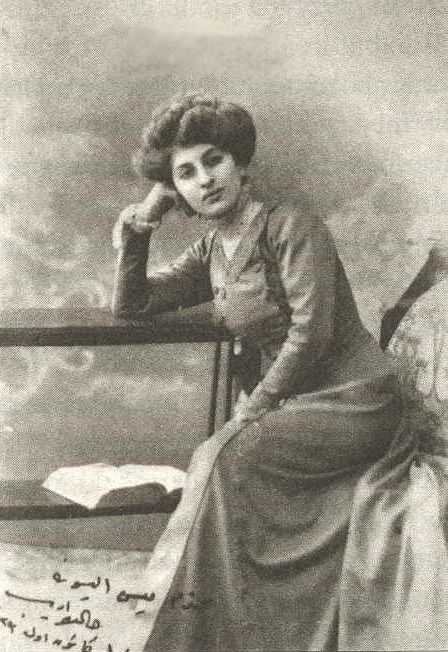 Halide Edib Adıvar (ha:liˈde eˈdib; sometimes spelled Halidé Edib in English) (11 June 1884 – 9 January 1964) was a Turkish novelist, nationalist, and political leader for women's rights. She was best known for her novels criticizing the low social status of Turkish women and what she saw as the lack of interest of most women in changing their situation.
During World War I, Halide Edib ran an orphanage at the former Saint Joseph College in Antoura for Armenian orphans. Halide Edib oversaw the orphanage together with Djemal Pasha, one of the organizers of the Armenian Genocide.
She was a Pan-Turkist and several of her novels promoted Turanism.