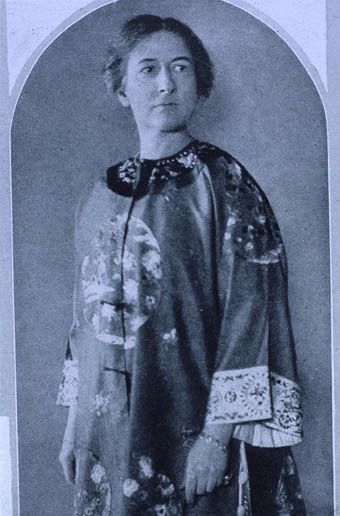 Harriet Monroe (December 23, 1860 – September 26, 1936) was an American editor, scholar, literary critic, poet, and patron of the arts. She is best known as the founding publisher and long-time editor of Poetry magazine, which made its debut in 1912. As a supporter of the poets Wallace Stevens, Ezra Pound, H. D., T. S. Eliot, William Carlos Williams, Carl Sandburg, Max Michelson and others, she played an important role in the development of modern poetry. Because she was a longtime correspondent of the poets she supported, her letters provide a wealth of information on their thoughts and motives.